Placed along the Coromandel Coast of Bay of Bengal, Pondicherry or Puducherry is a city and capital of the Union Territory of Pondicherry. It is one of the most popular tourist destinations in South India, and among the prominent places to visit near Chennai. Also called as ‘The Europe of India’, the place boasts of a unique blend of rich heritage, and culture that comprise statues, museums, and colonial buildings. The museums in Pondicherry are the powerhouses of art and culture having an unusual collection of things that were uncovered from the Arikamedu site near Pondicherry. Also, a few other museums have been restored from the homes of ancient royals and artists. In addition, these museums are a house to the culture and traditions that prevailed during the reign of Pallava & Chola dynasties, colonial years and the times of trade during the pre-Christian age.

Here is the list of popular museums in Pondicherry that one should not miss during your Puducherry Trip. 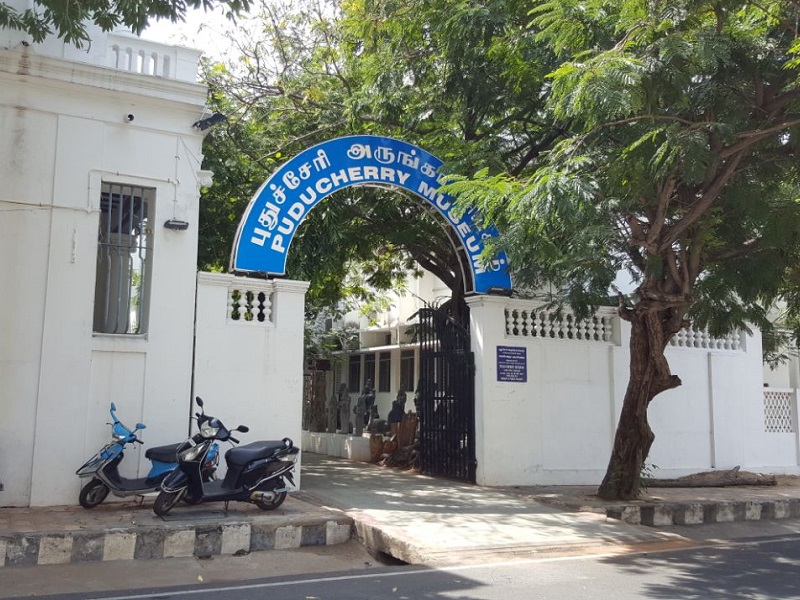 Also known as Pondy Museum, Pondicherry Museum is one of the must-visit places as part of Pondicherry tour packages for all the history and culture lovers. Situated in the former Law Building on Saint Louis Street, this museum has a rich assortment of some rare and finest stone and bronze sculptures belonging to Cholas and Pallavas rule of Pondicherry and Karaikal. Besides, this place displays a plethora of artifacts reclaimed from the Arikamedu Roman settlement. Burial urns, French furniture, terracotta figures, crockery, guns, swords, paintings, mirrors, and several other things dating back to different periods are preserved here. The Pondicherry Museum also has a wide collection of snail shells collected from the beaches near Pondicherry. 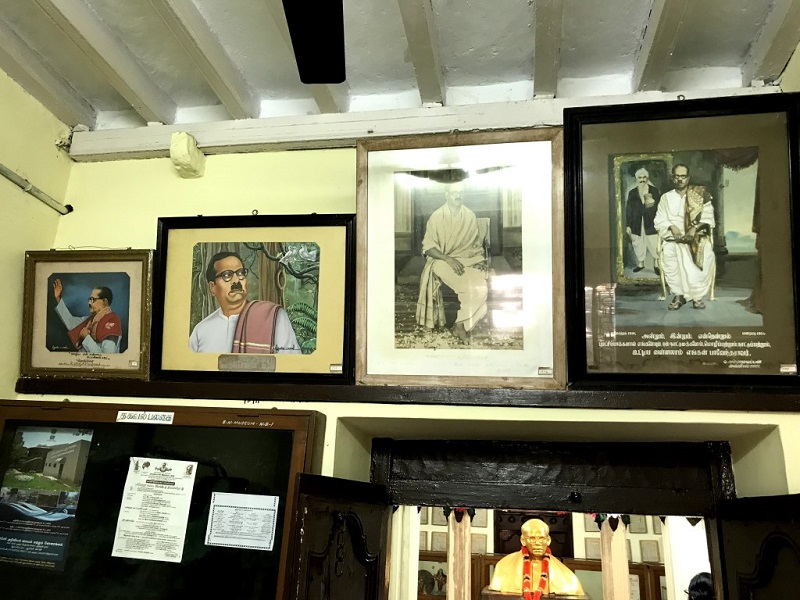 Bharathidasan Museum is another popular museum, that also serves as a research center in Pondicherry. Named after the great Tamil poet and scholar Kanaka Subburatnam, the museum displays the poet’s spectacular life and work. It is one of the famous places to visit in Pondicherry. It has been used as the abode of the noteworthy poet and was converted into a museum after his death. Owing to his devotion to Subramanya Bharathi, he became more famous as Bharathidasan, which translates to ‘Disciple of Bharathi’. The house conserves his finest literary work that serves as a motivational source for visitors. Some of the scripts which he wrote for women empowerment are also found here. Apart from the manuscripts and literary works, this famous museum in Pondicherry also displays several items used by Bharathidasan like his walking stick, spectacles, shawl, clipboard, watch and diary.

Although one may not find Jawahar Toy Museum on many bucket lists, Jawahar Toy Museum is certainly worth a visit during your Pondicherry Trip. It is one of the rarest museums in India and is extremely popular among children. Situated close to the old lighthouse on Goubert Avenue, the museum displays around 120 toys that have been collected from several states of the country including states like Maharashtra, Gujarat, Assam, Rajasthan, Haryana, and Punjab. Another attraction of this museum is a little fairyland that is showcased with a small-sized idol of Lord Ganesha that is positioned in a way that looks as if he watches over the procession. 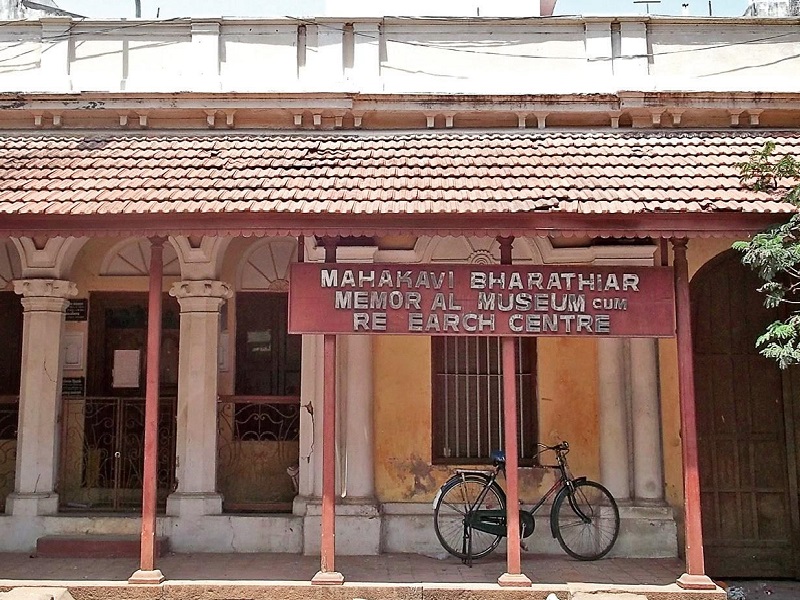 The Bharathiya Museum is one of the popular museums located in Pondicherry
and among the best places to visit during your Pondicherry Trip. The museum
got its name from the renowned Tamil poet, and patriot of the past Subramanya
Bharathi, who arrived in Pondicherry as a fugitive from British India in 1908. It
earlier used to be the home of the poet and is now revered as a pilgrimage site
for the present-day Tamil people who consider him the pioneer of modern Tamil
poetry. Comprises 3 rooms, the first room showcases photos of all those people
who have influenced the life of Bharathi. The second room exhibits all those
journals that the poet has written and all his articles that got published. And
finally, the third room is the largest of all that exhibits an oil painting of
Bharathi along with pictures of his family members and also his patriotic poems
and letters that he wrote to prominent freedom fighters of that time. 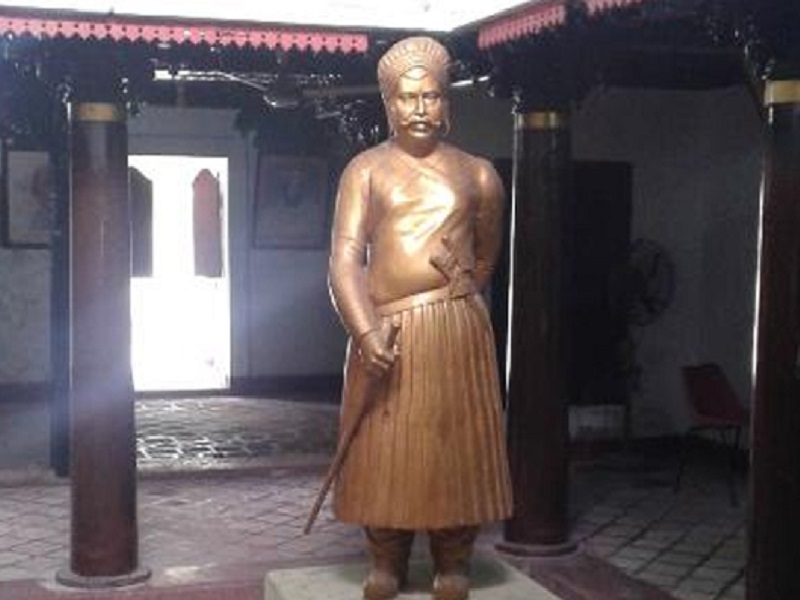 Ananda Ranga Pillai Museum is one of the oldest buildings located in Pondicherry, among the most popular tourist places in India. The mansion was erected in 1735 and was named after Ananda Ranga Pillai, who was the courtier of Governor Joseph Francois Dupleix. Also known as Natives Quarters, this museum is a treasure house to understand the French colonial period in Pondicherry as documented by Pillai in his diaries. Besides, the museum was one of the few buildings to survive the British invasion and has been recognized by the Puducherry government as a heritage building and one need to require special permission to visit this mansion-cum-museum.