5 Popular Temples in & around Mysore

Acknowledged for its rich history, cultural heritage, and picturesque surroundings, Mysore is one of the most famous tourist destinations in South India, and among the must include places in Karnataka tour packages. Often called as ‘Cultural Capital of Karnataka’, Mysore was the capital of the Wodeyar dynasty and also the home of the famous Tipu Sultan. Given its royal past, the city houses magnificent palaces, gardens, ancient temples, and monuments. However, one of the most beautiful aspects of this palace city is its varied list of exquisitely built temples including the ancient as well as more recent ones, each temple around Mysore is unique in its own way.

Here is the list of some famous temples in and around Mysore. 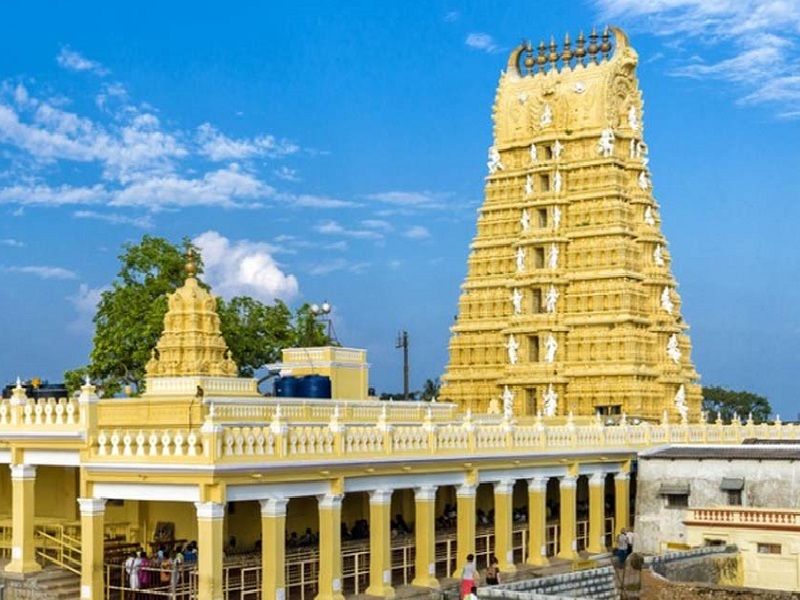 Perched atop the Chamundi Hill, Chamundi Hill Temple is a Hindu temple dedicated to Goddess Chamundeswari, an incarnation of Goddess Parvathi who took this form to destroy Mahishasura. It is one of the major places of pilgrimage in Karnataka, and one of the oldest temples in the palace city of Mysore. Also known as Krouncha Pitham, Chamundi Temple was built in the 12th century CE, and is one among the 18 Maha Shakti Peethas representing the hair of Sati Devi. The temple is one of the must-visit places as part of Mysore tour packages. The most striking feature of the Chamundeshwari temple is its intricate and ornate architectural style and carvings, reflecting the profoundly artistic culture of Mysore. 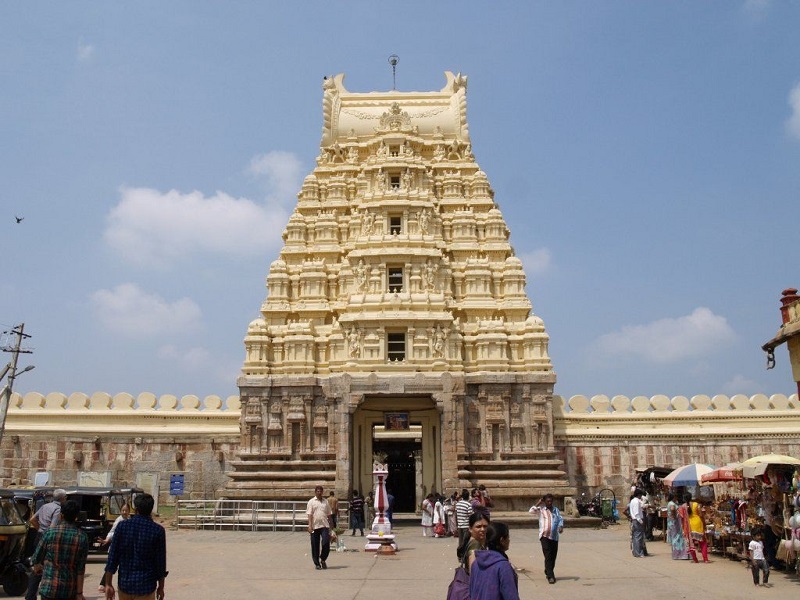 About 19 km from Mysore, Sri Ranganathaswamy Temple is a famous temple dedicated to Lord Vishnu and is one of the most important Vaishnavite temples in South India. The temple is considered as one of the Pancharanga Kshetras, the other four being Sri Ranganathaswamy Temple of Srirangam, Sarangapani Temple of Kumbakonam, Appakudathan Temple of Trichy, and the Parimala Ranganathaswamy Temple of Mayiladuthurai. Located inside the Srirangapatna Fort on the banks of the Kaveri River, it is one of the largest temples in Karnataka, among the most popular places to visit in Srirangapatna. With a blend of Hoysala and Viyanagara architectures, it consists of a Mahadwara with a huge tower followed by a mukha mandapa, maha mandapa, and Garbhagriha.  Also known as Aadi Rangam, the idol of Vishnu in the sanctum is reclining on the seven hooded Adishesha with his consort Lakshmi at his feet. This shrine is protected by the Archaeological Survey of India as a monument of national importance. 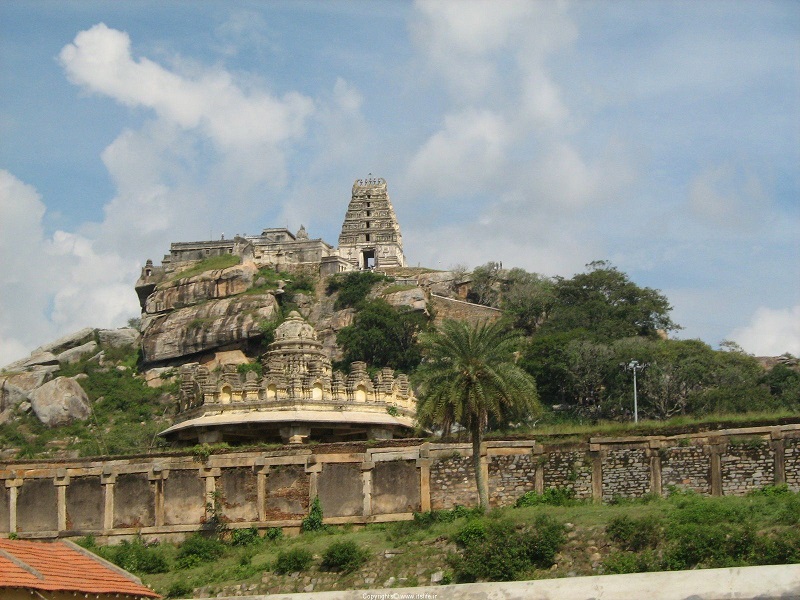 Melukote is a historical town located at a distance of 50 km from Mysore and 133 km from Bangalore. Also known as Thirunarayanapuram, it is one of the popular pilgrimage places in Karnataka and also one of the best places to visit near Mysore. The town is home to two popular temples, one is Cheluvanarayana Swamy Temple and the other one is Yoga Narasimha Swamy Temple. The main temple is dedicated to Lord Vishnu known as Thirunarayana or Cheluvaraya. The temple has been under the patronage of the Mysore royal family and is endowed with valuable jewellery given to the lord by the Wodeyars. The Vairamudi festival held in March – April is the main festival of Sri Cheluvanarayana Swamy Temple and is attended by more than 400,000 people.

Built on a hillock, Yoga Narasimha Swamy Temple is another major temple in Melukote and is dedicated to Lord Narasimha. The main deity is in a seated posture with the Yogapatta. It is believed that the idol of Lord Yoganarasimha was installed in the temple by Prahlada. The temple is considered to be one of the seven holy centers devoted to the worship of Narasimha, and among the major places to visit on the way to Mysore from Bangalore. There is a Sanskrit Pathashala inside the temple that dates back to 1853. One has to climb nearly 400 steps to reach the temple from the foothills. 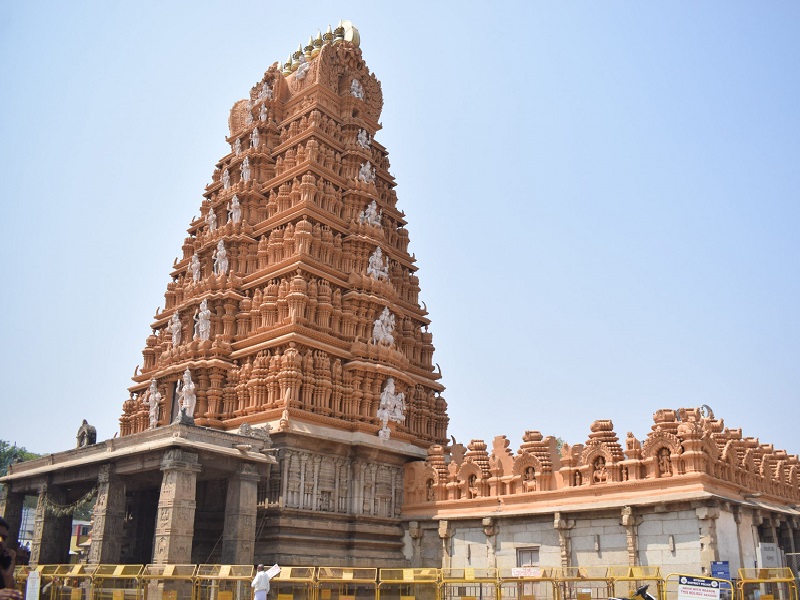 Situated on the banks of River Kapila, Nanjundeshwara Temple is dedicated to Lord Shiva, who is known as Nanjundeshwara or Srikanteshwara here. Built-in the Dravidian style, it is one of the popular religious places to visit near Mysore. The temple was constructed during the reign of the Ganga dynasty while the renovations were also done by the Hoysalas. That time the deity was called ‘Hakim Nanjunda’ that was being suggested by Tipu Sultan when his elephant got cured through the prayers offered to the deity. It houses three main deities, Lord Nanjundeshwara, Goddess Parvathi, and Lord Vishnu with Sridevi and Bhudevi. It is one of the most prominent pilgrimage sites near Bangalore. The temple witnesses maximum footfall during the “Dodda Jaathre”, a 3-day chariot festival held every year by the end of March. 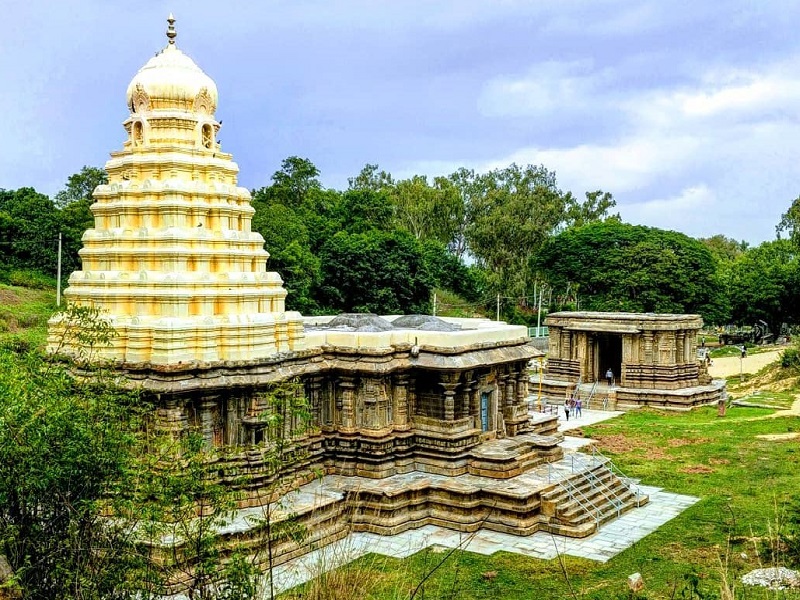 Talakadu is a historical place situated on the banks of the Kaveri River in Karnataka. About 49 km from Mysore, and 139 km from Bangalore, it is one of the popular Mysore tourist places, and among the famous weekend getaways from Bangalore. Talakadu had over 30 temples, most of them are buried in the sand today. Some of these temples have been excavated and are open to the public. Dates back to the times of the Ganga and Woedyar dynasty, these ancient Hindu places of worship have been constructed by different South Indian rulers and dynasties. There are five temples dedicated to Lord Shiva – Pathaleshwara, Maruleshwara, Arkeshwara, Vaideeshwara, and Mallikarjuneshwara Temple. The Keerthinarayana temple dedicated to Lord Vishnu is a beautiful site with wonderful carvings. A famous festival called Pancha Linga Darshana is celebrated here once in 12 years. It is held on new moon day in the month of Karthika when two stars conjoin, the stars of Khuha Yoga and Vishaka.