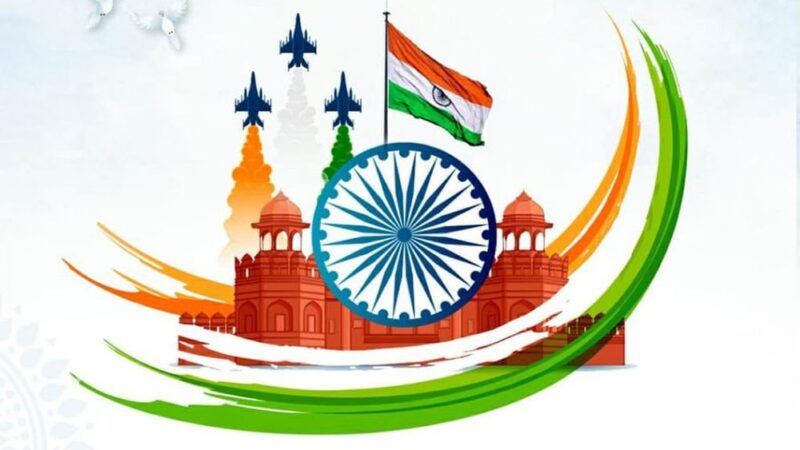 Republic Day of India is a national holiday celebrated on January 26th each year. It marks the day when the Constitution of India came into effect, replacing the Government of India Act 1935 as the governing document of India.

The main Republic Day celebration is held in the national capital, New Delhi, at the Rajpath before the President of India. The event starts with a grand parade which is attended by dignitaries from all over the world, along with a large number of people. The parade features a display of India’s cultural and military heritage, with floats representing different states of India, and performances by various schools and cultural groups.

The highlight of the parade is the display of India’s military might, with a parade of various tanks, missiles, and other weapons systems. The Indian Air Force also puts on a fly-past, showcasing the country’s air power.

In addition to the parade, the President of India also gives a speech, addressing the nation and highlighting the achievements of the past year, as well as the challenges and opportunities ahead.

The Republic Day is not only a day to celebrate India’s Constitution and the country’s democratic traditions, but also a day to remember the sacrifices and contributions made by the country’s freedom fighters, who fought for India’s independence from British colonial rule.

In conclusion, the Republic Day of India is a day to celebrate the country’s Constitution, democratic traditions and also to remember the sacrifices of the freedom fighters. The grand parade and other events are a tribute to the country’s rich cultural heritage and military might. It is a day to be proud of being an Indian and pledge to work for the progress and prosperity of the nation.

News
In Morbi, Where Bridge Tragedy Killed Over 130, BJP Wins All 3 Seats As Congress Collapses

News
Petrol Price Over Rs 100 in Mumbai, Kolkata; Check Petrol And Diesel Rates In Your City
© Blimpt 2020. All Rights Reserved