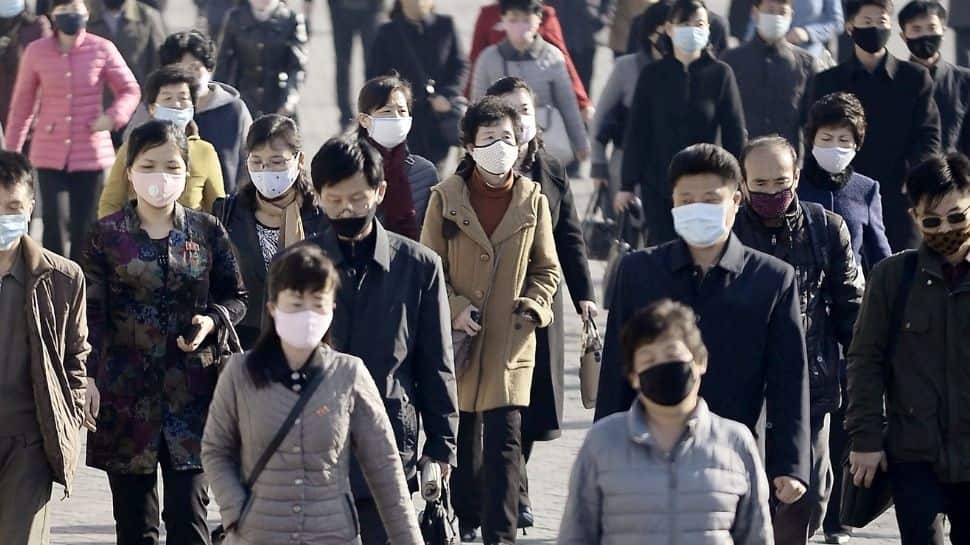 
Seoul: While North Korea had confirmed its first Covid-19 death, news reports now say that a least six have died. Around 3.5 lakh people have been treated for a fever that has spread “explosively” across the nation, a day after its first acknowledgement of a Covid-19 outbreak.

Hundreds of thousands have shown fever symptoms, state media said on Friday (May 13), offering hints at the potentially dire scale of the country’s first confirmed outbreak of the pandemic. About 187,800 people are being treated in isolation after a fever of unidentified origin has “explosively spread nationwide” since late April, the official KCNA news agency reported.

One of the six people who died was confirmed infected with the omicron variant, KCNA said, but it was not immediately clear how many of the total illnesses were Covid-19. North Korea imposed a nationwide lockdown Thursday after acknowledging a Covid-19 outbreak for the first time in the pandemic. Those reports said tests from an unspecified number of people came back positive for the omicron variant.

North Korean leader Kim Jong Un visited the anti-virus command centre on Thursday to check the situation and responses after declaring a “gravest state of emergency” and ordering a national lockdown on Thursday. North Korea has said the outbreak began in the capital of Pyongyang in April. State media did not elaborate on the cause of the outbreak, but the city hosted several massive public events on April 15 and 25, including a military parade and large gatherings where most people did not wear masks.

“It is the most important challenge and supreme tasks facing our party to reverse the immediate public health crisis situation at an early date, restore the stability of epidemic prevention and protect the health and well-being of our people,” KCNA quoted Kim as saying.
In another dispatch, KCNA said health authorities were trying to organise testing and treatment systems and bolster disinfection work.

The rapid spread of the virus highlights the potential for a major crisis in a country that lacks medical resources, has refused international help with vaccinations and has kept its borders shut.

The true scale is unclear, but a big Covid-19 outbreak could be devastating in a country with a broken healthcare system and an unvaccinated, malnourished population. North Korea, which likely does not have sufficient Covid-19 tests and other medical equipment, said it did not know the case of the mass fevers.

Analysts said the outbreak could threaten to deepen the isolated country’s already tough food situation this year, as the lockdown would hamper its “all-out fight” against drought and the mobilisation of labour. North Korea had declined vaccine supplies from the COVAX global sharing programme and China, possibly leaving the vast majority of people in a relatively young society at higher risk of infection.

Kwon Young-se, South Korea’s new nominee to be the unification minister, responsible for inter-Korean ties, said at his confirmation hearing on Thursday that he was willing to push for humanitarian assistance for the North, including Covid treatment, syringes and other medical supplies.

White House press secretary Jen Psaki said the United States supported international aid efforts but does not plan to share its vaccine supplies with the North. “We do continue to support international efforts aimed at the provision of critical humanitarian aid to the most vulnerable North Koreans, and this is, of course, a broader part of the DPRK continuing to exploit its own citizens by not accepting this type of aid,” Psaki said in Washington, referring to North Korea by its formal name, the Democratic People’s Republic of Korea.

(With inputs from AP, Reuters)