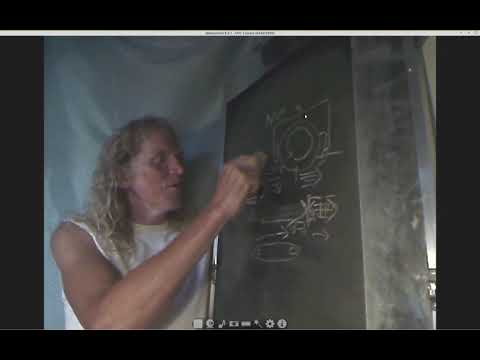 email: ds@donotgo.com
#VeritasiumContest
1/2 vmv
Was willfully created to Force reality to match religious daydreams. The history of its creation, defense, and eventual acceptance is a mockery of the scientific method. Truth was forsaken for agenda, evidence was exaggerated distorted and quote mined to support a plainly silly notion of reality…

“”Is there any physical evidence defending the kinetic energy theorem? The theory says an 8 lb bowling ball will produce twice as much “energy” as a 16 pound ball thrown with the same effort. No pro bowler can make A lighter ball work. Why? “”

“”If I shoot two objects with inverse velocity to Mass ratios (for exp. 10m 5v vs 5m 10v) into gravity your formula says one object will have twice as much energy as the other at liftoff. If I let the objects fall, on an identical spring they will be recorded to impose the same pressure, the same joules of energy. How do you reconcile that fact with your theory? or Do you dispute the fact?””

“”Your theory says a 5-ton train going 10 miles an hour has twice as much energy–ability to do work as a 10 ton going 5 miles an hour. I claim you will never prove that to be true, and that if you actually collected the energy of the moving objects in a scientifically sensible manor it will be clearly demonstrated that they have the same capacity to do work.

Do you think a 5-ton 10 miles an hour train can do twice as much work has a 10 ton train going 5 miles an hour? Do you think you can create heat or deformation and transfer 100% of your momentum to another object?

Science & Technology
Why are the stars, planets and moons round, even as comets and asteroids are irregular in shape?#why

Science & Technology
What If the Big Bang Wasn't the Beginning of the Universe?