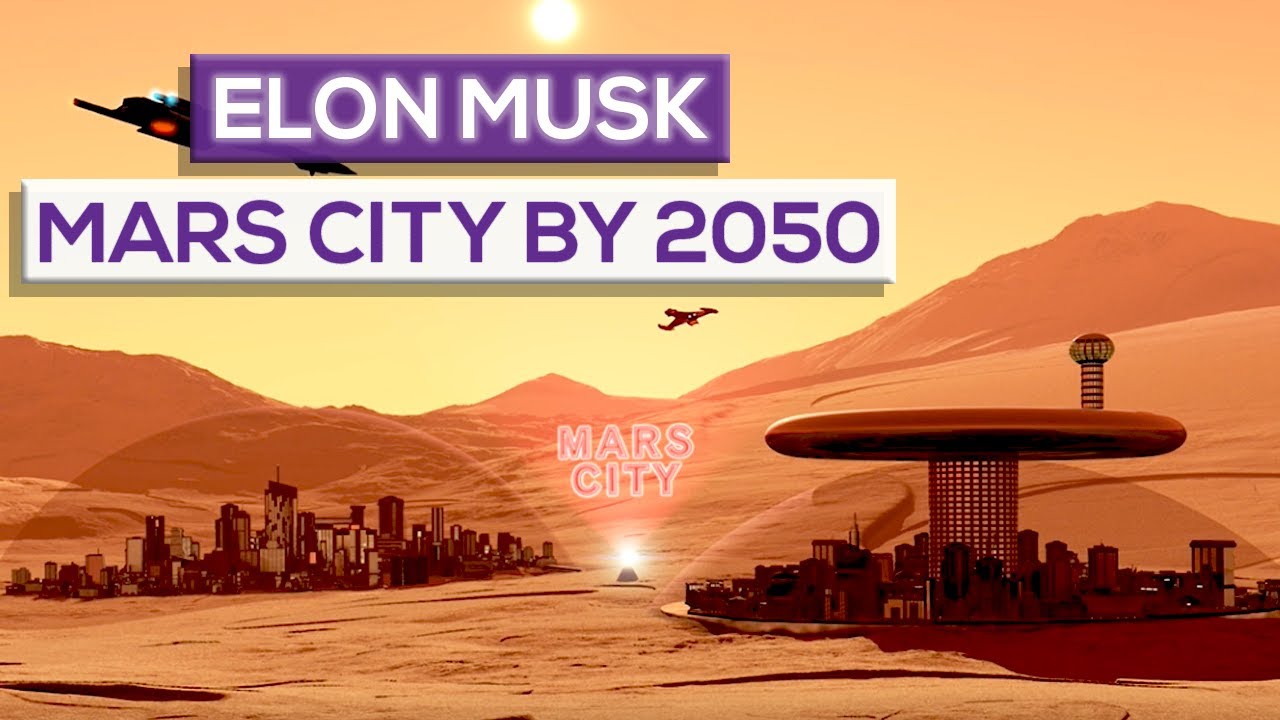 From the mission to Mars, to what it would be like to have it filled with people, join me as we talk about the Elon Musk Mars City By 2050!
——————————————————————————————-
Subscribe for more videos:
Business Enquiries: lorenzovareseaziendale@gmail.com
——————————————————————————————-
Elon Musk is a man on a mission, and that mission is to get humanity not just to Mars, but to get them to Mars in this decade. This is why he built his own space organization in SpaceX, to do what NASA (at the time) couldn’t do, inspire the need to be in space again. And he has succeeded, and now, SpaceX is not only one of the leading places in all space travel designs and plans, but they are indeed looking to be the group to send a person to Mars. But the plans go beyond that, he doesn’t just want to land a person on the surface of Mars and say he’s done (which is what we did with the moon if you really think about it), but he wants to set up a colony there.
Surely you must be thinking, “well a colony would be nice, but that’ll take some time to get up and running, right?” And you’re absolutely right. It will take a lot of time and effort, but some of the work is already being done because of SpaceX via their Starship. You see, the biggest problem with getting to Mars…is getting to Mars. We for the longest time barely had something that could get us to the moon and back safely, and even then (like Apollo 13) it was very easy to screw up. With SpaceX though, they’ve been working on faster, stronger, and most importantly of all, reusable craft that can operate in space, come back to Earth, and then be outfitted again for future missions. And it’s this Starship class of ship that we’d be taking to Mars to go and make a colony.
Musk wrote in a message that the eventual goal for his “Mars plan” is to launch each Starship vehicle three times per day on average. Each Starship will be able to carry about 100 tons of payload to orbit, so, at that flight rate, every vehicle would loft about 100,000 tons annually, he explained.
Now, Musk may sound like he’s just spouting out a number here (and if we’re being honest…he kind of is) but in truth, he is trying to abide by the laws of space and reality. What do we mean by that? Simple, when it comes to the facts of space travel, having the right windows to travel in are essential. Not the least of which is trying to minimize travel time by making sure you are in the correct windows.
Confused? I’ll explain. Think about the solar system we are in, ok? Think about how every planet orbits around the sun. Now, if you were to look at Mercury, and its orbit, and then compare it to Earth’s orbit, you would see quite easily that its orbit was shorter than Earths by a very good margins. 88 days compared to 365. So now, compare the Earth’s orbit around the sun to Mars. 365 days…to 867 days. Yeah…that’s quite a leap. And because of that, the Earth and Mars aren’t in the same alignment most times. Thus, Musk, NASA and others are aiming to try and get people to Mars within certain windows.
“Building 100 Starships/year gets to 1000 in 10 years or 100 megatons/year or maybe around 100k people per Earth-Mars orbital sync,” he said in a tweet.
So for him, he’s thinking REALLY long term by not just trying to get to Mars, but also trying to make it so WHEN we get there, and we have enough time and resources to make a true colony, we have the ships necessary to get a full colony made in a decent amount of time. By “decent amount of time” I mean about 50-100 years. Yeah, this is not a quick process, however, the quicker we get started, the quicker we get done, right? And that’s one of Musk’s biggest goals. Trying to do things now instead of hoping something will develop later to make things more speedy. Because waiting around just isn’t good when you’re trying to shape the human race towards its future.
After hearing some of his numbers, he stated one fan asked if he was seriously stating that we could have a million people on Mars by 2050. His response?
“Yes.”
Obviously that would go against his timeline we just spelled out in part because of how long it would take to MAKE a colony that could house a million people and be both functional and self-sustaining, but hey, goals!
Before we talk about whether these goals are feasible or not, be sure to like the video or dislike it so that we can work to make these videos as best we can for you the viewer! Also, be sure to subscribe to the channel, that way you don’t miss ANY of our weekly videos!
So let’s break this down, shall we? Could we really have a full-on colony city on Mars by 2050 that has a million or so people on it?

Science & Technology
What If a COVID Vaccine Were Available Tomorrow?

Science & Technology
The Insane Biology of: The Octopus

Science & Technology
What If You Were Attacked by Murder Hornets? #Shorts