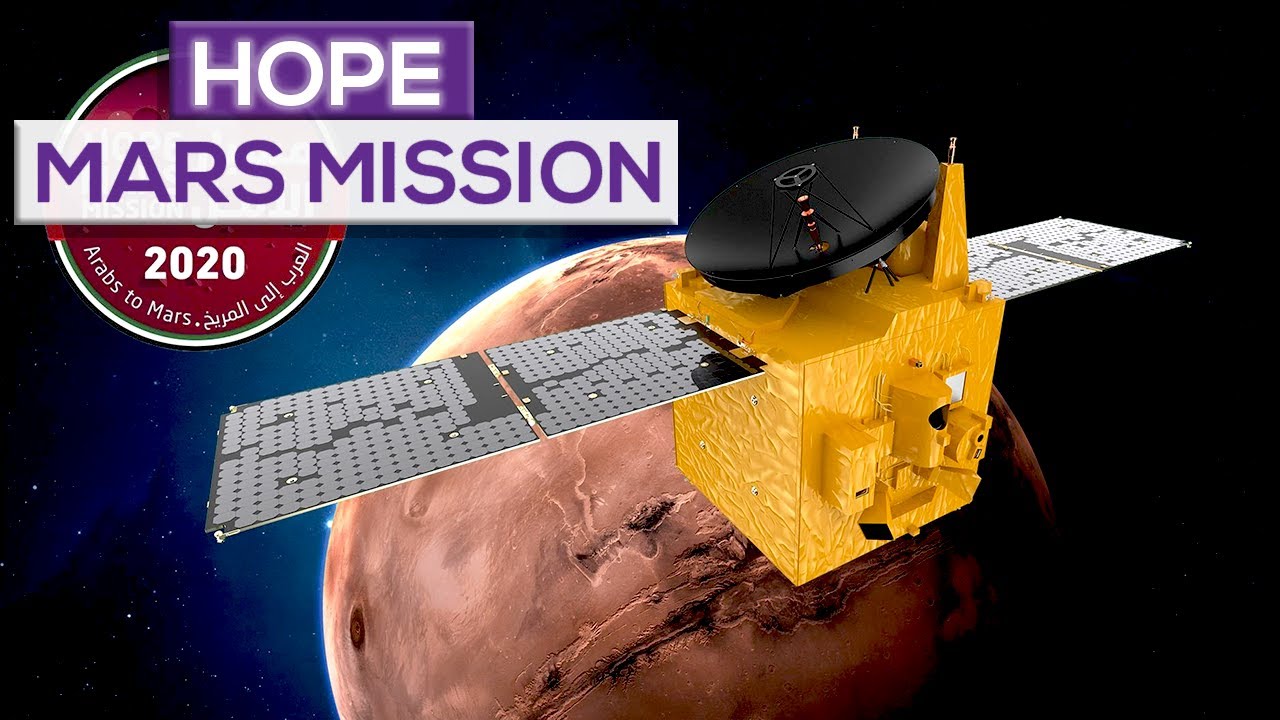 Every nation right now is racing to make contact with Mars, if not in person, then at least with a robotic spacecraft in preparations for humans to one day land on the red planet.

And I hope you’re all as excited as we are for a new nation joining the quest towards exploring Mars, we’re talking about the United Arab Emirates.

The official name of the mission is “Emirates Mars Mission” and the probe was given the name “Hope Probe” to represent the hope of the Emirati youth and nation to conquer space exploration starting with a mission towards Mars.

The 200 million dollar mission will be worth every cent, not only for the massive scientific advancements, but also for being the first in the Arab region and the Middle East to push its limits and visit the red planet.

The “Emirates Mars Mission” will not be landing on Mars, it is designed as a probe to orbit the planet and gather information remotely. The probe is very light weight with only 1.35 Kilograms (2.97 pounds) including fuel, and dimensions up to 3 meter x 7.9 meters (9.8 feet x 25.9 feet) and that’s while the solar panels are open.

The probe is equipped with 600 watts solar panels to collect enough power for the equipment on board and a 1.85 meter (72 inch) antenna to communicate back and forth with Earth.

But what exactly will the probe be doing up there orbiting Mars?

The mission goals are aligned with the international goals of “The Mars Exploration Program Advisory Group”; an international group that decides the most important scientific questions to be answered regarding Mars.

The group proposes 4 major scientific goals, the “Emirates Mars Mission” is specially concerned with the second of these goals which is to understand the processes and history of climate on Mars, and more specifically, to study the lower and upper atmosphere of the planet.

In satisfying these objectives, the “Hope Probe” will be Mars’ first ever weather satellite; continuously monitoring Mars’ weather during all the seasons from an orbital inclination of 25 degrees and a minimum orbital distance of 20000 kilometers (12.4 thousands miles) to a maximum of 43000 kilometeres (26.7 thousands miles.)

The “Emirates Mars Mission” objectives will be realised by 3 instruments aboard the “Hope Probe”:

The first is the “Emirates Mars Infrared Spectrometer” or (EMIR) for short, this instrument will study the atmosphere of the red planet in the infrared spectrum of light, and it has a spatial resolution of 100 to 300 kilometers.

The spectrometer will scan Mars’ lower atmosphere to understand the distribution of water vapor and ice water as well as dust, and It will also observe the thermal conditions of Mars’ atmosphere.

The second is the “Emirates Exploration Imager” or (EXI) for short which is a camera that takes 12 megapixel high resolution coloured images of Mars and observes the Martian atmosphere in both the visible and the ultraviolet spectrums of light.

The ultraviolet light system on the other hand, has a surface resolution of 4.9 km per pixel at the farthest point, and a resolution of 2.3 km per pixel at the nearest point.
The control and operation of the “Hope Probe” will be a collaborative effort between facilities across the world not only in the United Arab Emirates, let’s start with the launch itself that will entirely be under the control of the Japanese Space Agency (JAXA.)