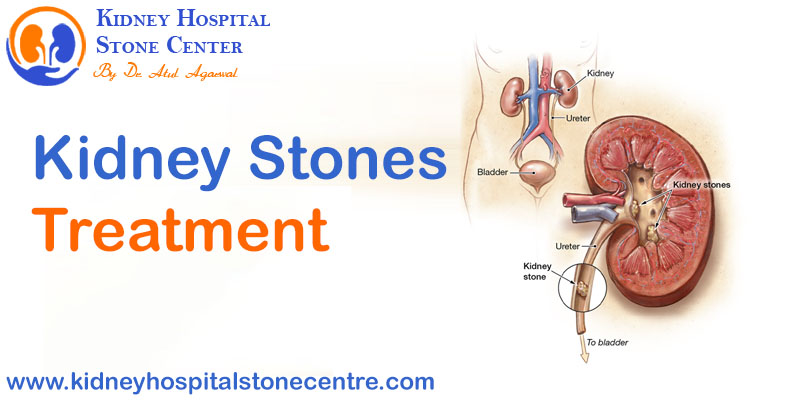 Kidney Stones: what they are, what are the symptoms and treatments

The kidney stones are a very common disease of the urinary tract, known by the disabling pain it causes.

Knowing the symptoms and carefully controlling them is important so that an adequate therapeutic strategy can be found.

After all, it is through treatment that you can regain general well-being, affected by the presence of this pathology.

Urologist in Dwarka discusses what are the most effective methods to get rid of kidney stones.

What are Kidney Stones and why do they form?

They are hard formations (hence the term used, “stones”) resulting from the aggregation of minerals and salts present in the urine.

In fact, the correct technical designation is kidney stones. The existence of kidney stones gives rise to a condition known as Renal Lithiasis.

Although they form in the kidneys, the stones can move to another part of the urinary tract, namely the ureters and bladder.

They may have different biochemical compositions, which distinguish them: calcium (such as calcium oxalate, the most common or calcium phosphate, for example), uric acid, struvite and cystine, among others, explains the urologist in Dwarka.

It is not always possible to identify the cause of the problem, but there are some risk factors related to kidney stones that seem to increase the probability of its occurrence, such as:

How do they manifest?

When lodged in the kidneys, kidney stones may not cause symptoms.

However, if they move along the urinary tract, the first warning sign appears – a sudden, intense pain, usually near the flank or lumbar region, which may radiate to the abdomen or other areas such as the groin.

Known as renal colic, this pain is extremely disabling and has no relief position. It is one of the most intense pains that human beings can experience, says the urologist in Hari Nagar.

These stones may also be at the origin of other symptoms:

It is estimated that this pathology affects between 2 to 3% of the world population, predominantly white men.

The probability of having an episode of renal colic, in patients with stones, up to 45 years of age, is around 9%, explains the urologist in Hari Nagar.

How to Treat Kidney Stones

The basis of correct treatment is making an accurate diagnosis, as kidney stone treatment in Dwarka depends on information such as the location and size of the kidney stone.

Thus, it is necessary to know the clinical history, perform an objective exam and resort to some complementary exams, namely imaging.

What are the options for kidney stone treatment in Hari Nagar?

In the acute phase of the disease, when pain is intense, if there are signs of infection/obstruction, urgent surgery may be necessary.

The aim is to eliminate stones, and, for this, different strategies can be followed by the urologist in Uttam Nagar.

When the stone is small and the pain is tolerable/controllable, it is possible to expect it to be spontaneously eliminated through the urethra. Various medications can be used, either to control pain or to facilitate the elimination of the stone.

When the dimensions are larger or the stones is closer to the kidneys and does not progress along the ureter, it is necessary to resort to other methods – namely surgical, even if minimally invasive.

One of the options is to carry out Extracorporeal Lithotripsy by Shockwaves (LEOC), which promotes the fragmentation of the stones, which then are naturally eliminated. Although efficient, it has some contraindications, limiting its performance.

Another method, used in most cases, is Endoscopic Surgery, which consists of ureterorenoscopy or retrograde intrarenal surgery.

Through a semi-rigid or flexible ureteroscope, which is inserted into the urethra and bladder, the ureter is accessed, and the ureteral/kidney stones are fragmented with a laser guided by an optical fiber and removed using surgical instruments.

These procedures are extremely precise and controlled, thanks to the use of video surgery, with a camera included or attached to the ureteroscope, says the urologist in Uttam Nagar.

Endoscope procedures may vary depending on the type of calculation:

What are the results?

Endoscopic Surgery is a very efficient method at Kidney Hospital in Dwarka, with high success rates.

However, it is important to remember that Kidney Lithiasis is a disease with a tendency to relapse.

Thus, it is important to bet on preventing the formation of new stones, by changing some habits such as:

Contact Best Urologist in Delhi for all your urological disorders.

Health
What happens when in a couple one has more desire than the other?
© Blimpt 2020. All Rights Reserved