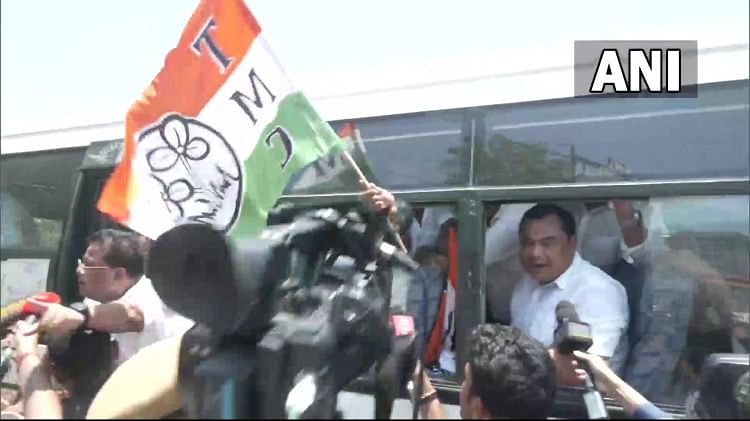 The meeting of NCP leaders going on at Sharad Pawar’s house has ended.

I have not become a rebel: Shiv Sena MP Kripal Tumane

With the Shiv Sena-led Maharashtra government in trouble, party MP Kripal Tumane on Thursday rubbished reports that he was joining the Eknath Shinde-led rebel faction and said he was with the Shiv Sena.

CM Uddhav will not hold any meeting today: Raut

Shiv Sena leader Sanjay Raut said that Chief Minister Uddhav Thackeray will not hold any meeting today. All the MLAs who are coming to the official residence are coming for their work.

#WATCH , Mumbai: Leaders of the Nationalist Congress Party (NCP) arrive at the residence of party chief Sharad Pawar for a meeting.#MaharashtraPoliticalCrisis pic.twitter.com/ttvu2LMIDI

TMC protest outside hotel in Guwahati

TMC has started a sit-in at the Radisson Blu Hotel in Guwahati where the rebel MLAs are staying. 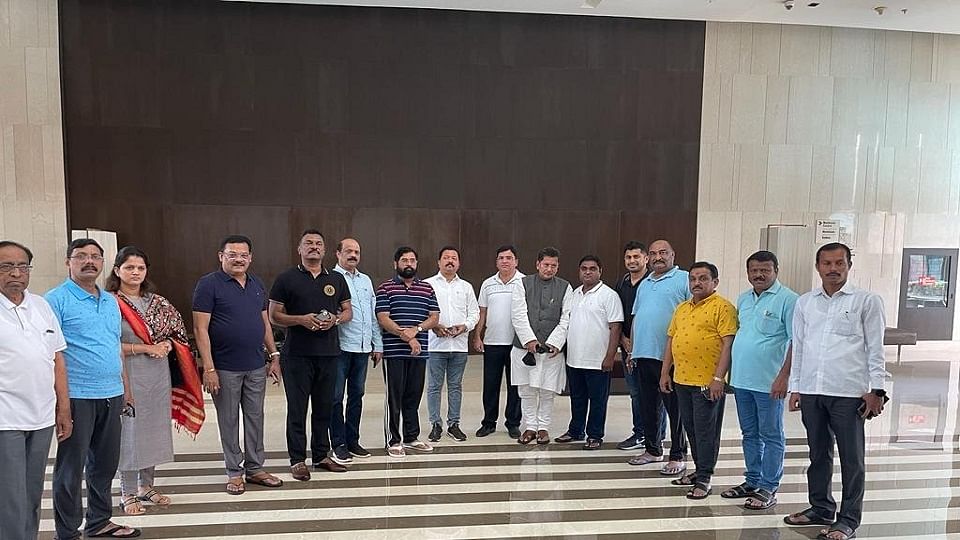 A total of 42 MLAs from Maharashtra are present with Eknath Shinde: Sources

According to sources, a total of 42 MLAs from Maharashtra are present along with Eknath Shinde at the Radisson Blu Hotel in Guwahati, Assam. This includes 34 MLAs of Shiv Sena and 8 Independent MLAs. At the same time, all the rebel MLAs present in the hotel also met former Minister of State for Home and Shiv Sena leader Deepak Kesarkar.

A total of 42 Maharashtra MLAs are present with Eknath Shinde at Radisson Blu Hotel in Guwahati, Assam. This includes 34 MLAs from Shiv Sena and 8 Independent MLAs: Sources#MaharashtraCrisis

20 MLAs sitting in Guwahati will return to Mumbai: Sanjay Raut

Shiv Sena leader Sanjay Raut said that even today our party is strong. Under what circumstances and under what pressure they left us, it will be revealed soon… We have about 20 MLAs in contact and it will be revealed when they come to Mumbai. One who leaves the party under the pressure of ED cannot be a devotee of Balasaheb.

Meeting with big leaders of the party is being held at the residence of NCP chief Sharad Pawar. The meeting is going on between Deputy CM Ajit Pawar, Home Minister Dilip Walse Patil, Ministers Jayant Patil and Jitendra Awhad and party leader Sunil Tatkare.

MP Sanjay Raut said that Shiv Sena is still strong. MLAs were taken in BJP ruled state, people left us under pressure, lakhs of workers are standing with Shiv Sena. Raut claimed that it will be revealed soon why the party MLAs have gone to Assam.

Government with dialysis does not last long: Naqvi

Union Minister Mukhtar Abbas Naqvi on the ongoing political turmoil in Maharashtra said that a government with dummy cars and dialysis does not last long. Talking to reporters outside the polling booth, Naqvi, who came to cast his vote in the Rampur Lok Sabha bypoll, took a jibe at the Shiv Sena-led government there when asked about the ongoing political situation in Maharashtra. “A government with dummy cars and dialysis doesn’t last long,” he said. To a question as to what would happen in Maharashtra now, Naqvi did not give a straight answer and said, ‘When the night is so drunken, what will be the mood of the morning’.

According to media reports, two to four more rebel MLAs have reached Guwahati in Assam.

Rebel Shiv Sena leader Eknath Shinde claimed that we have 42 Shiv Sena MLAs with us.

News
Zomato’s Board Approves Acquisition of Blinkit for Rs 4,447 crore