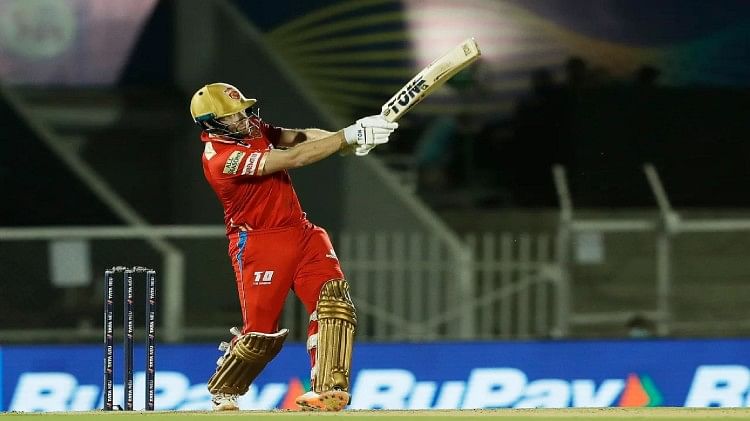 Rcb Vs Pbks Live: Punjab score close to 100, two players return to the pavilion, Bairstow and Livingstone at the crease

First Powerplay in the name of Punjab, Siraj looted 23 runs

Mohammad Siraj proved to be very expensive in his second over. Jonny Bairstow also hit three sixes and a four in his over and scored a total of 23 runs. With this, Punjab scored 83 runs for the loss of one wicket in the first six overs i.e. in the first powerplay. Punjab Kings score after six overs: 83/1, Jonny Bairstow (59*), Bhanuka Rajapaksa (0*)

Jonny Bairstow completed his half-century in just 21 balls while batting lethally. He scored his ninth fifty of IPL career with a six.

This has been a cracking knock from @jbairstow21 as he brings up his second successful half-century.

First breakthrough for Maxwell, Shikhar out

Glenn Maxwell has given Bangalore the first major breakthrough. Maxwell clean bowled Shikhar Dhawan on the last ball of his second over. Dhawan wanted to go ahead and play Maxwell’s ball but missed and his bails were shattered. Dhawan scored 21 runs in 15 balls before being dismissed. Punjab Kings score after five overs: 60/1, Jonny Bairstow (37*), Bhanuka Rajapaksa (0*)

Jos Hazlewood proved to be very expensive in his first over. Jonny Bairstow, while batting dangerously, hit two sixes and two fours in Hazlewood’s over and scored a total of 22 runs. Punjab Kings score after two overs: 30/0, Jonny Bairstow (27*), Shikhar Dhawan (2*)

Bairstow hit a six in the first over

Jonny Bairstow has hit the first six of the match in the first over itself. He hit a six over long off in the fifth ball of Maxwell’s over. Punjab Kings score after one over: 8/0, Jonny Bairstow (7*), Shikhar Dhawan (1*)

For Punjab, the opening pair of Shikhar Dhawan and Jonny Bairstow are on the field while Bangalore have given the new ball to Glenn Maxwell.

Playing XI of both the teams

1⃣ change for @PunjabKingsIPL as Harpreet Brar is named in the team.

A look at the Playing XIs pic.twitter.com/8g80LI9kOr

Bangalore team has not made any changes in today’s match and has relied on the previous players only.

One change in Punjab team

Punjab Kings has made a big change and has included Harpreet Brar in the team in place of Sandeep Sharma.

The pitch of the Brabourne Stadium in Mumbai can prove to be helpful for the batsmen. Hoping for a big score in today’s match. There are many explosive batsmen in both the teams, so today high scoring matches can be seen.

Do or die match for Punjab

Punjab are at the eighth position in the points table with five wins and 10 points from 11 matches. In such a situation, he will have to win both the remaining matches along with today’s match to remain in the race for the playoffs.

There are now 10 more matches to be played in the league matches. But during this time only the team of Gujarat has confirmed its place in the playoffs. While the teams of Mumbai Indians and Chennai Super Kings have been out of this race. Now there is a fight between seven teams for three places. In this sense, this match between Punjab and Bangalore is also very important for both the teams.

RCB vs PBKS Live: Punjab score close to 100, two players return to the pavilion, Bairstow and Livingstone at the crease

Hello everyone, welcome to Amar Ujala’s live blog. The 60th match of IPL 2022 is being played today. The team of Punjab Kings and Royal Challengers Bangalore are face to face in the last leg of the league matches at the Brabourne Stadium in Mumbai today.

Hello from the Brabourne Stadium – CCI.

Which team are you rooting for tonight❓ pic.twitter.com/68BXBucevO