This is the trailer video about my week-long travel experience across beautiful terrains of Nagaland.
Watch the complete web series here –

My trip to Nagaland from December 4 to December 10, 2018 was organized by ChaloHoppo, a travel company that specializes in crafting authentic local experiences in Northeast India. During this trip, I stayed at Camp Yedikha in Jakhama village. ( ) and visited the villages of Dzuleke and Khonoma. This experience was raw and nothing like anything I have experienced before.”

KHONOMA is also known as FIRST GREEN VILLAGE OF ASIA.
This village is 20 km away from nagaland”s capital kohima.
I hope you enjoyed the virtual travel experience of khonoma nagaland .
Thanks for watching ep 02 of my NAGALAND SERIES .
Book your travel here:
MUSIC FROM :
LIKE || COMMENT || SHARE
if you like my vibe, consider hitting
SUBSCRIBE :))
Find me on instagram:

Dzukou Valley is a place that stretches across the border of Nagaland and Manipur in North East of India. It is a beautiful place unlike any that I’ve ever seen before. But much like any beautiful tourist destination, there’s a growing burden of plastic and trash that plagues the place. Burning of trash is a regular local practice currently in many of our Indian cities and towns because of a lack of trash disposal system. Wouldn’t it be better if we stopped creating trash, to begin with? This Episode aims to bring to light the plastic problem in India.

In some good News though, Dzukou Valley is now declared a plastic-free zone

WEB SERIES: Take Me To Nagaland
Here’s an ode to the beautiful state of Nagaland as we discover a little something about the culture, the tribes, the upcoming fashion designers, the pop culture and the FOOD (very important) of the North-East Indian state of Nagaland! Watch the full series here –

Watch the Making of Take Me To Nagaland:

Accompanying me on this journey is Larissa Dsa (Instagram: @Larissa_wlc), who has an impeccable style and spirit of adventure, and hence we will together discover the fashion and food secrets of Nagaland. Besides a perfect co-traveller, she is also a brilliant YouTuber and Photographer herself. You absolutely can’t miss her work! 🙂

A second perfect addition to this trip is Namrata Menon, a very talented videographer/cinematographer. She and her work for me were an instant love and I can’t recommend her enough for more video projects. Not only is she a talented girl, but also super fun to travel with.

Our trio survived a 15 day worth of madness and exciting travel adventure and I cannot wait to share the whole series with you. This and is very different from my other travel series thus far. Stay tuned and hope this Trailer excites you!

Do check out their channels as well and subscribe –

You can also reach out to Namrata on Instagram:

Hi, I am Anuja Joshi, The Tree Pie. This video is going to take you to beautiful Nagaland. It is a two part series showing efforts of Nagaland Tourism and beauty of Incredible India. In this video I will land in Dimapur and meet and make new friends in Kohima. There after I will proceed to first Green village of Asia which is here in Incredible India. I will take you to tribal house a traditional Naga house. I will show you history of Nagaland, history of tribes, traditions of Nagaland. Morung culture and another exotic beautiful state of North East India. So if planning a North East India trip, make sure you have Nagaland in your check list. Also if you’re visiting horn bill festival, do watch this video. So, come to the land of the festivals , Nagaland with me and witness Incredible India from a different angle. 🙂

Blessed with splendid lakes, magnificent mountains, vast deserts, sparkling rivers, and long coastlines, India is home to some of the most diverse yet scenic landscapes. Besides, this magical land boasts some beautiful valleys in the world which will surely allure you to visit. Created by great mountain ranges and rivers of India, these stunning valleys are major centers of attraction in India as they are immensely beautiful and are a treat to behold by all means. And, these stunning valleys are heaven for the nature lovers and trekkers as well.  From the precipitous terrain of the Himalayas to the pristine woodlands of the Nilgiris, let’s behold the most enchanting valleys in India as part of India Tour Packages.

Around 150 km away from Leh,  Nubra Valley, formed by Shyok and Nubra Rivers, is one of the most photogenic valleys of India. It was originally called Ldumra meaning the Valley of Flowers. Surrounded by snowcapped Himalayan ranges, the valley is known for its orchards, scenic vistas, tiny villages, Bactrian camels, and monasteries. Also, Nubra Valley is famous for walnuts and apricots. The view of the valley is picturesque and breathtaking especially during winters when the whole valley looks like the landscape of the moon and in summer full of greenery. The way to this amazing valley is a bit tough as one needs to cross the awe-inspiring Khardung La, the highest motorable pass in the world but the stunning views of the valley worth it. The famous Siachen Glacier also lies in the extreme north of Nubra Valley. 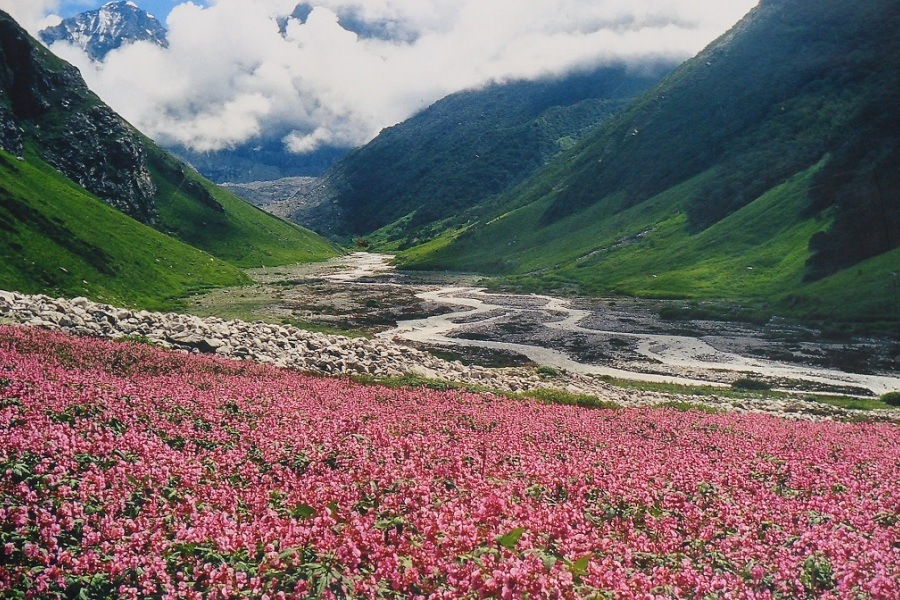 Clad in the mountains like a lost paradise, the Valley of Flowers is a stunning valley situated in the Chamoli district of Uttarakhand. It is a national park known for its beautiful blooms, rolling hills, and a vivid collection of flora and fauna. Untouched by the chaos of civilization, it is undoubtedly one of the best valleys to visit in India as it is home to almost 300 different species of wildflowers like the Himalayan blue Poppy, Dianthus, Calendula, etc. July and August are the suitable months to visit this valley as part of Uttarakhand Packages when the snow in the valley has been melted and the flowers are in full bloom and greenery is as far as the eye can see.  It has the most beautiful trekking routes bestowed with colorful orchids that are opened from June to October only. This national park is also home to certain medicinal herbs along with some endangered species of animals and birds like Himalayan Monal. 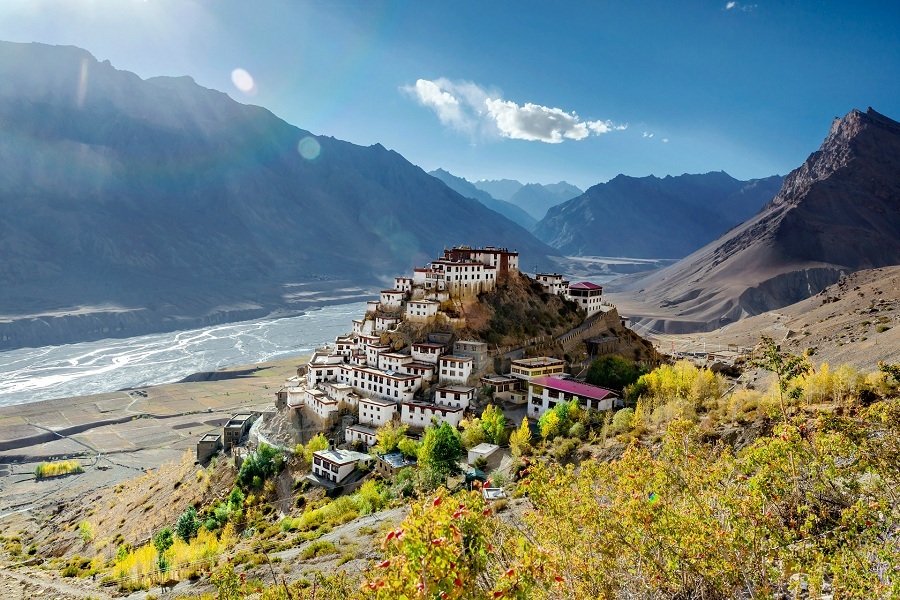 Spiti is a picturesque valley located at an altitude of 3000m high in the Himalayas, in between the most mysterious and beautiful regions of Ladakh and Tibet.  Known as the middle land, Spiti valley is rough, barren, and rugged but yet astoundingly beautiful with snow-capped mountains, crystal clear rivers, picturesque hamlets, ancient monasteries, and splendid lakes. Monastery tour is one of the popular to do things in Spiti, including the famous Tabo Monastery, Key Monastery, Lhalung Monastery, and Gandhola Monastery. Besides, travelers can witness the beauty of enchanting Chandratal and Suraj Tal, visit Dhankar Lake for a photography session, drive across high mountain passes, including Kunzum Pass, Baralacha Pass and explore the villages of Kibber, Losar, Udaipur, and Komik while in Spiti as part of Himachal Tour Packages. 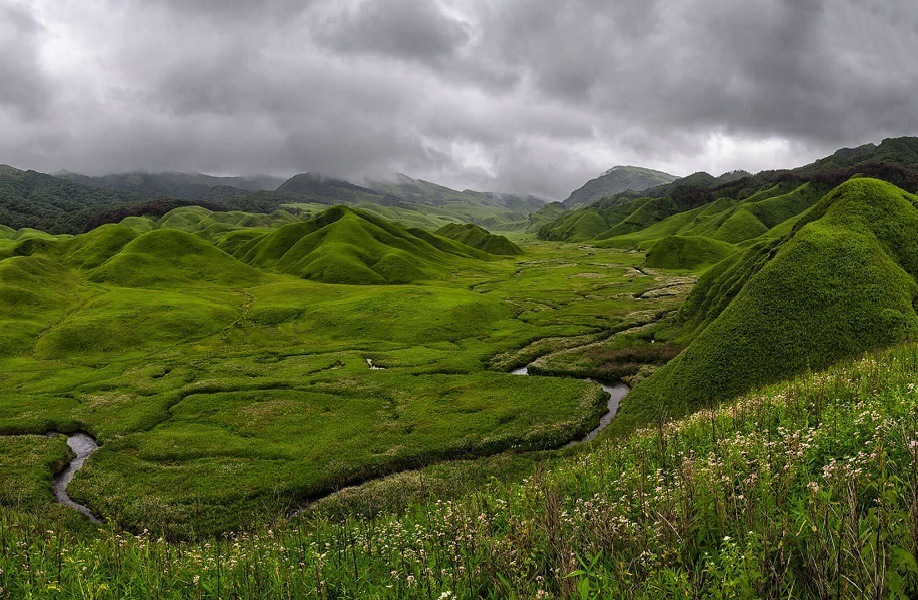 Dzukou Valley is one of the most beautiful and charming valleys of India, located at the border of the Indian states of Manipur and Nagaland. Surrounded by bamboo trees, the valley is well known for its immense natural scenery as both Dzukou and Japfu rivers crisscross the valley, creating picturesque gorges that are ideal for trekking and hiking. The valley is renowned for the Dzukou Lilya, a unique species of the lily flower, which is found nowhere else in the world. The valley gets completely dumped with snow in winter, while in summer season the valley’s undulating grasslands are decorated by several beautiful varieties of wildflowers. 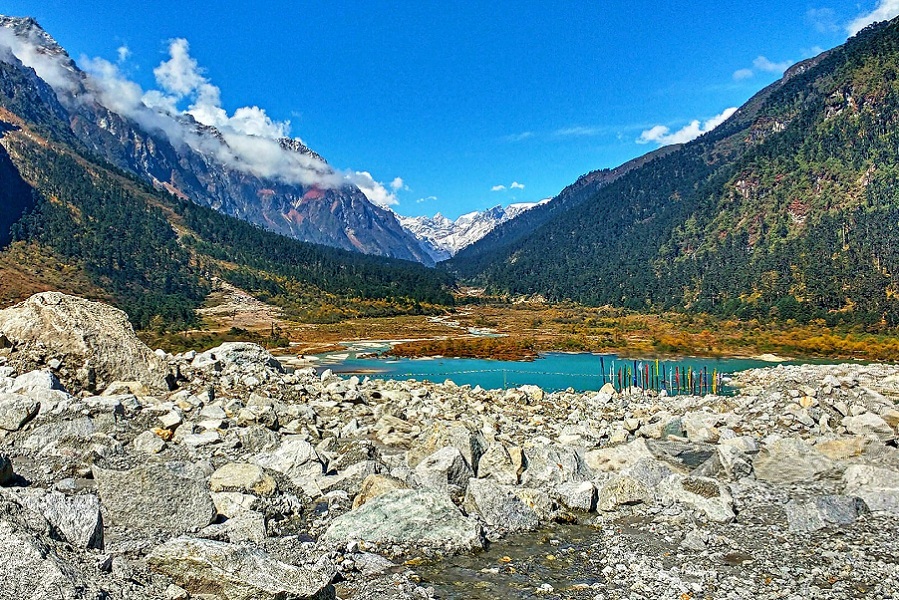 Situated in North Sikkim near the Tibetan border, Yumthang Valley is one of the most spectacular river valleys in India and among the must include places in Sikkim Tour Packages. This magnificent gorge is carved out by the Tista River. It is located at an altitude of 11800 feet and bounded by snow-capped mountains. The valley looks enticing with meandering rivers, hot springs, and lush green meadows. Yumthang Valley experiences warm summer from February till June and the aura at this time is breathtaking as the rolling plains of the valley get covered with a beautiful bed of red rhododendrons. One can also observe hot water springs in this region which are believed to have supernatural powers to cure. But if you are more of a winter person, I would suggest you visit the place in November and December when the valley receives heavy snowfall. 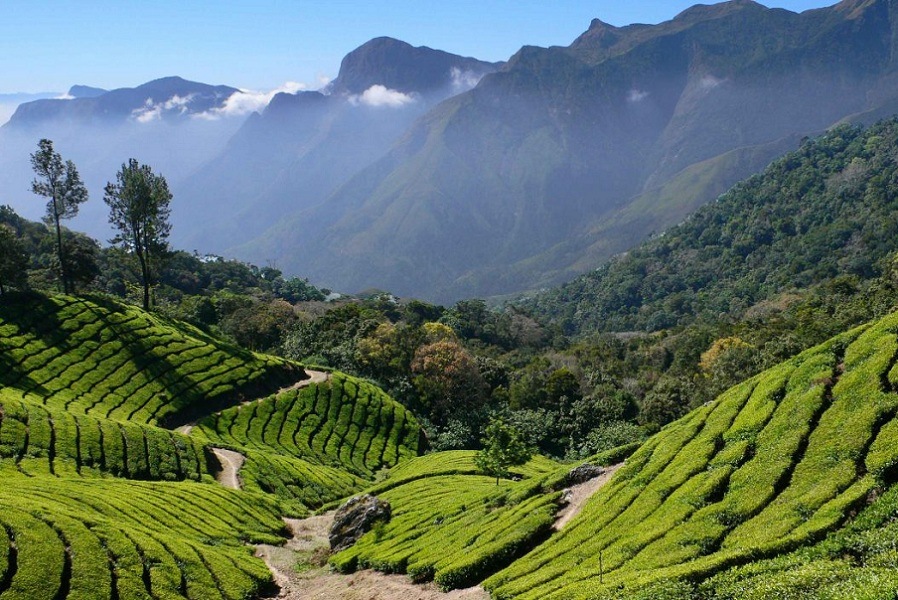 Drained by the mighty Beas River, the astonishing Kangra Valley is the largest valley in India and among the must include places in Dharamshala Tour Packages. This valley is filled with a beautiful thick cover of pine forests, orchards, and turbulent streams flowing from the perennial snowy mountains. The best time to visit the valley is during the summer months of March and April when the sun begins to shine displaying the beautiful scenery of the Kangra Valley. Rock cut Kangra temples, Kangra Fort, Palampur, and Dharamsala, the abode of Dalai Lama are located in this Himalayan valley. Also, Kangra Valley is regarded as one of the best places to try mountain biking in India. 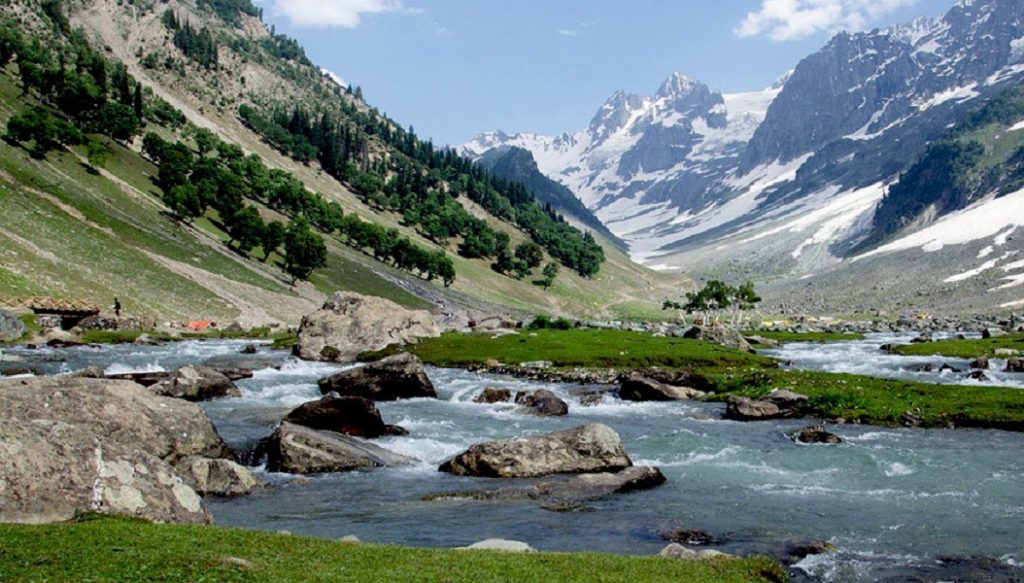 Nestled between the famous Karakoram and the Pir Panjal Range, the spectacular Kashmir Valley is renowned for its breathtaking views, calm and serene lakes, and colorful flowers that dot the scenic landscape. The 135 km long and 32 km wide valley formed by the Jhelum River is rightly known as the Heaven on Earth. And, it is no wonder that this valley is the much-loved destination for many Bollywood movies. One of the greatest attractions of this valley is the Dal Lake in Srinagar Endless lines of magnificent houseboats peacefully floating on the water display such elegance and opulence that one would not be able to let the opportunity of a night stay go easily. Gulmarg, the Amarnath Temple, and Suru Valley are the other popular attractions of Kashmir Valley. 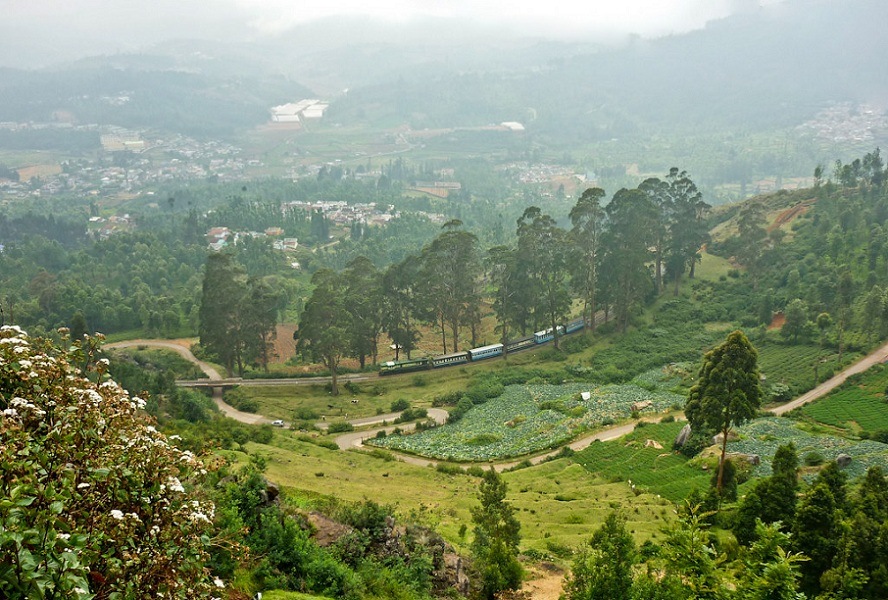 Enveloped by the beautiful Nilgiri mountains, Ketti Valley is one of the most enthralling valleys in India, and among the must include attractions in Ooty Tour Packages. It is located on the main Coonoor – Ooty road in the South Indian state of Tamil Nadu. Famous for its immense natural beauty, this valley is full of different types of flora and fauna. Hence it is an ideal place to go for bird watching, trekking, and hiking. It is one of the most popular tourist attractions and the best way to explore this valley is to take the 25 minutes toy train ride. 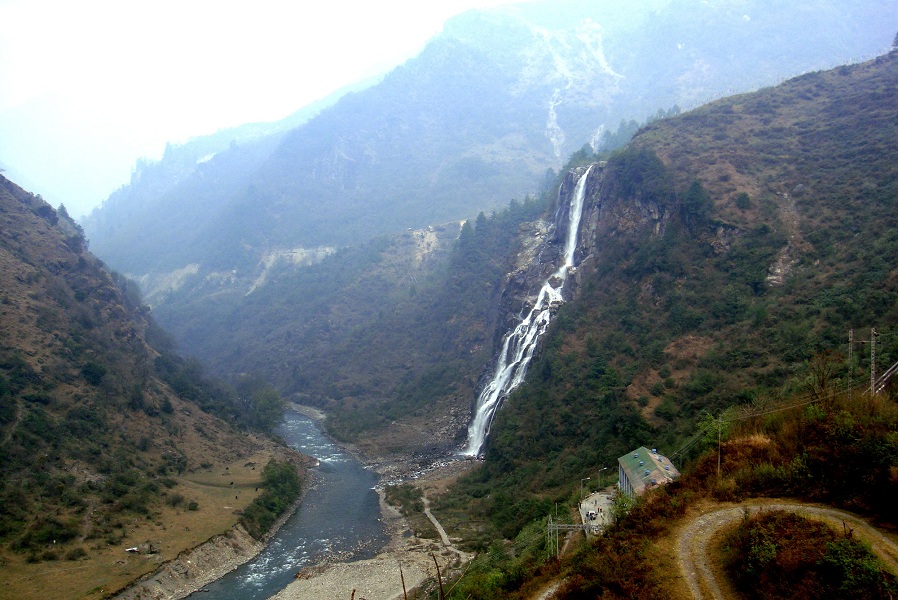 Dibang Valley in Arunachal Pradesh has been carved out by the Dibang River that originates in the mountains and flows throughout the valley.  This is one of the most beautiful valleys of India as it is filled with lofty mountains, verdant valleys, mystic waterfalls, gorges, natural lakes, and countless wandering rivulets. The valley is divided into two parts – Upper Dibang Valley and Lower Dibang Valley. The Upper Dibang doesn’t have much to offer while the Lower Dibang attracts ornithologists, botanists, nature lovers, and wildlife photographers because it has protected species of animals like Mishmi takin and gongshan, lovely flowers and a plethora of birdlife. 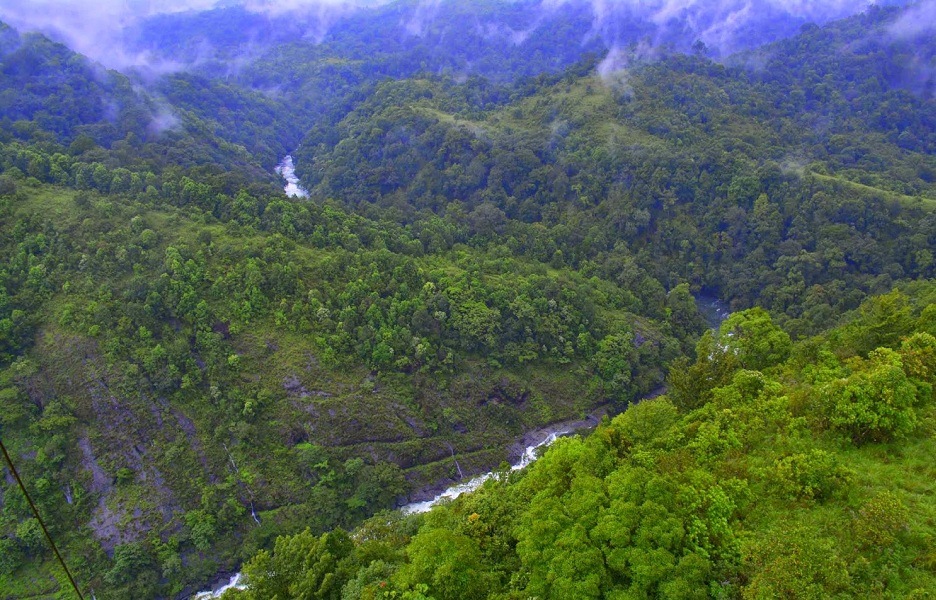 Kerala, God’s own country, hosts one of the most beautiful valleys in India known as the Silent Valley. Located in the Nilgiri hills of Western Ghats, the valley is known for its evergreen natural rainforests in India.  The valley has outstanding natural beauty and treasure of various rare plants and endangered species of wild animals, birds, and insects. The valley is best known for the famous Silent Valley National Park, among the top places to visit as part of Kerala Tour Packages, as it is home to the rare & endangered faunal species like Malabar giant squirrel, hairy winged bat, Nilgiri langur, Nilgiri leopard, and lion-tailed macaque.