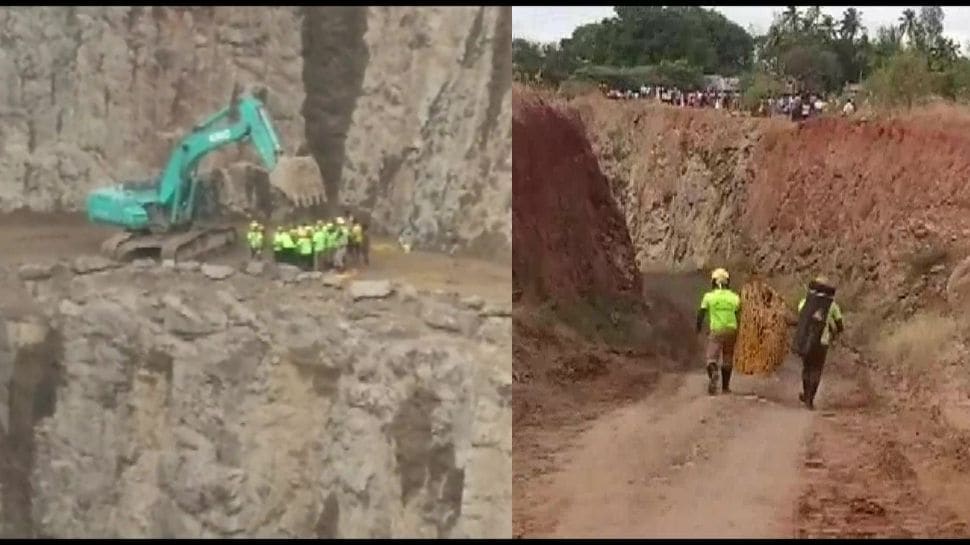 
New Delhi: Four workers are trapped in a 300 feet deep stone quarry near Ponnakudi in Tamil Nadu’s Tirunelveli district, ANI reported on Sunday (May 15). Two others who got trapped after a giant stone fell into the quarry Saturday night have been rescued. The incident occurred when boulders fell into the quarry, blocking the truck and trapping six workers, out of which two were rescued later, IANS reported. Two National Disaster Response Force (NDRF) teams were pressed into service for rescue and relief efforts. An NDRF team constituting 30 personnel from 4 Battalion, Arakkonam reached Palayamkottai Taluk in the Tirunelveli district by road to carry out the rescue operations. “Our 24×7 control room in Arakkonam is closely monitoring the situation round the clock and all efforts are being made in close collaboration with Tamil Nadu State Administration,” the NDRF was quoted as saying by ANI.

“Two people have been rescued with minor injuries from the stones quarry in the Tirunelveli district. They have been provided with the required medical assistance,” Tamil Nadu Health Minister Ma Subramanian said.

Meanwhile, as rescue operations continue, the information on those feared trapped under the rubble remained unclear. Nellai District Superintendent of Police Saravanan reached the spot and inspected the rescue operations.

Heavy cranes and a chopper have been deployed for rescue operations, Asra Garg, Inspector General of Police, Southern range, told IANS, adding that it cannot be immediately ascertained whether more people are trapped in the quarry other than the four workers. The structure of the quarry was creating an impediment to the rescue operation he added.