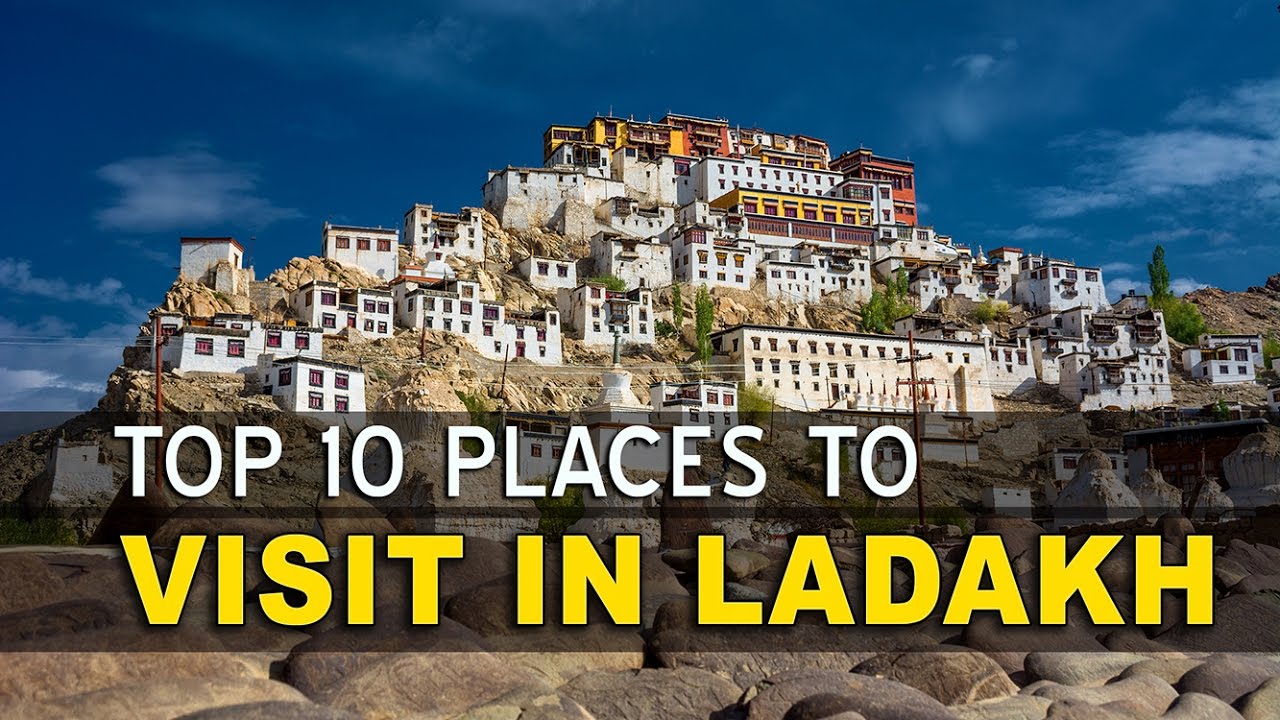 Top 10 beautiful places to visit in Leh – Ladakh
Here is the list of top 10 beautifulPlaces to visit in Ladakh.
Don’t forget to subscribe our channel for more videos.
Ladakh
Ladakh “land of high passes” is a region in Indian state of Jammu and Kashmir that currently extends from the Kunlun mountain range to the main Great Himalayas to the south, inhabited by people of Indo-Aryan and Tibetan descent.

Ladakh, open to tourism only since 1974, is a land of high passes, bounded by the Karakoram and the mighty Himalayas. The Indus with its tributaries acts is the lifeline for Ladakh’s scanty population.

Ladakh covers an area of 97,000 sq kms, and has an average elevation of 3,500 m. It is often called ‘Little Tibet’, because of its topographical and cultural similarities with neighbouring Tibet. In the early days, Ladakh played an important role being strategically placed at the crossroads of important trade routes to Central Asia. This now remains in the past, with China having sealed off the borders of Tibet and Central Asia.
The rugged, arid Ladakh mountain-scape has been the subject of many a photographer and destination of world-class mountaineers. Its brackish lakes at high altitudes, picturesque peaks, charming mountain villages, expansive meadows, wildlife, monasteries, rich heritage, awesome physical features, and remoteness sets it apart from other favourite holiday hot-spot.

Ladakhis are sweet natured, hard working and fun loving people marking every occasion with festivities. There are a number of Monastic festivals held through out the year, whose dates are decided according to the Tibetan calendar. During summer, most villages hold colourful archery festivals and contests, while most of the religious and scio-cultural events are held during the winter.

The Ladakhis are largely dependent on cattle. They comprise a predominantly Buddhist population with the only exceptions of Kargil and the Suru Valley which is inhabited by Shia Muslims and share cultural similarities with Baltistan, now in Pakistan.

The main languages spoken are Ladakhi, Purik, Tibetan and English.

Being in the rain shadow of the Himalayas, it is generally dry, with hot and dry temperatures during summers, and cold and dry during winters.
Its winter season is long with temperatures dropping to minus zero, and summer, warm with cool nights. Temperatures of -60 have been recorded in Drass.

All photographs are clicked by me except Tso Moriri one.
Thanks to DB Devinder Bijania for the wonderful photograph of Tso Moriri.

You can connect with me anytime on these social media platforms: