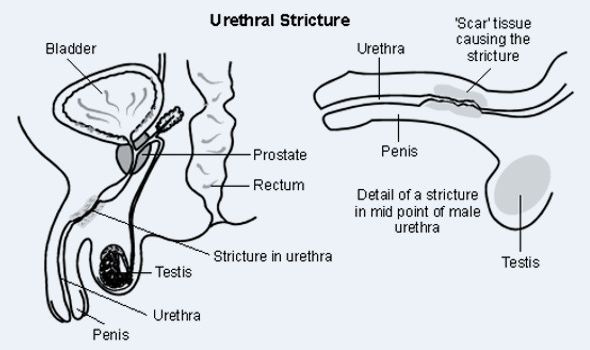 Urethral stenosis is a narrowing of a segment of the urethra, which can result in a decrease or even complete interruption of the urinary flow, resulting in a series of complications, explains the best urologist in Delhi.

The urethra is a tubular organ through which urine flows out of the bladder.

In men, the urethra is longer. In its innermost part, just at the exit of the bladder, the urethra crosses the prostate.

Near the exit of the bladder is the urinary sphincter, which controls the voluntary elimination of urine (continence).

Any part of the urethra can be affected, and the extent of the narrowing can vary from a few millimetres or even affect the urethra throughout its length. In general, there is deposition of scar tissue (fibrosis) in the region of the stenosis. This type of problem is more common and more complex in men, says the urologist in Delhi.

When you have a urethral narrowing, the bladder muscle starts to work, making more effort to generate a urinary flow that can overcome the region of stenosis. Even so, depending on the degree of the stenosis, part of the urine may be retained inside the bladder (residual urine). This residue can result in recurrent urinary infections, prostatitis, orchitis (infection of the testicles) and pyelonephritis (infection of the kidneys). An abscess near the site of the stenosis can further aggravate the obstructive condition. Rarely, some patients with chronic inflammation due to urethral strictures can develop cancer, states the best urologist in Pitampura.

Tests for detection of urethral stenosis

Health
What happens when in a couple one has more desire than the other?
© Blimpt 2020. All Rights Reserved