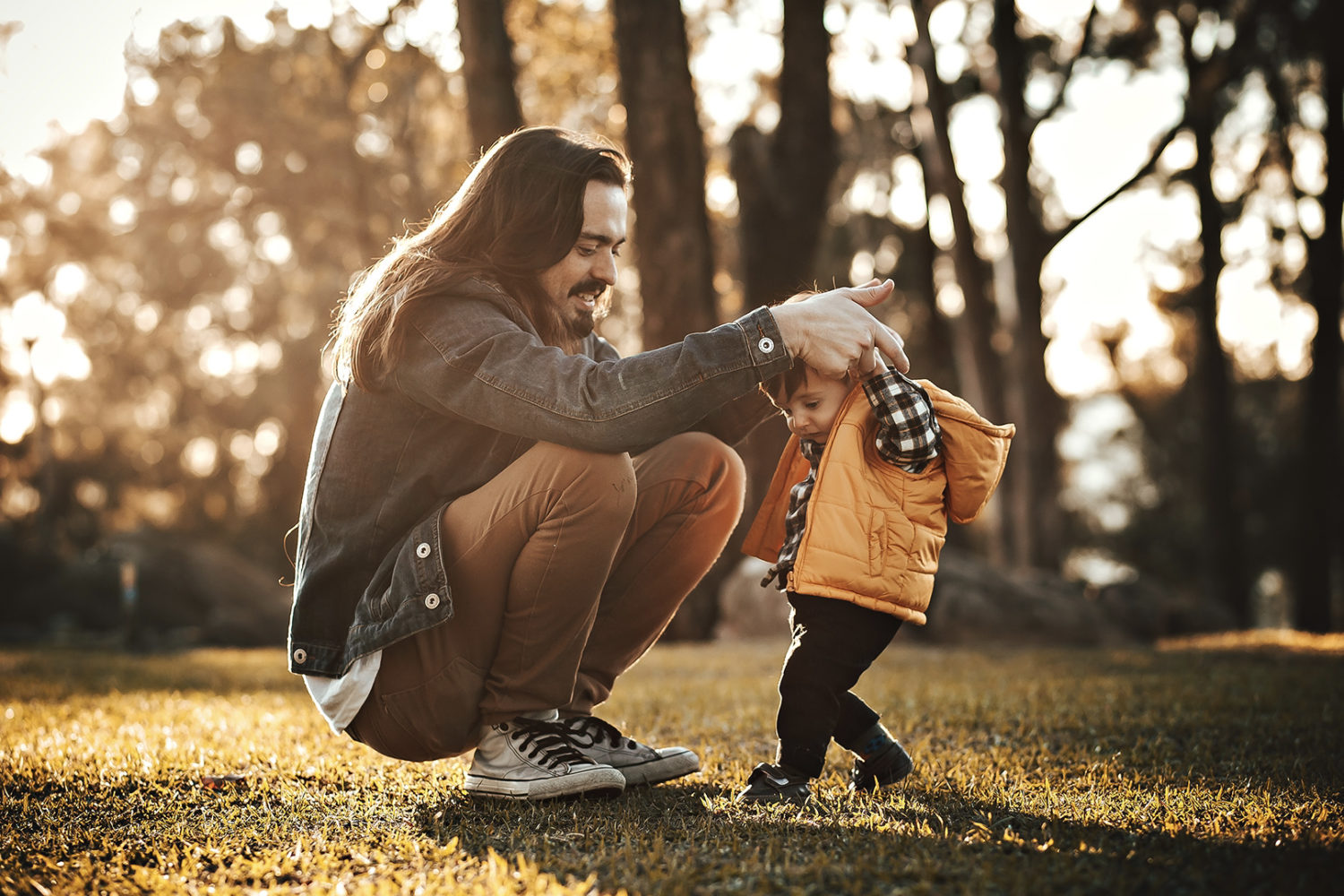 Earlier this year, a survey of UK adults, carried out by the media agency UM in partnership with the mental health charity Campaign Against Living Miserably (CALM) and the male-focused entertainment group JOE Media, revealed that 67% of UK men agree that brands have a big role to play in defining how men should act in society.

Beyond that, almost two-thirds (64%) of males aged 18 to 34 think negative male representation in advertising does real psychological damage. 46% of those under 35 found traditional male stereotypes—such as being “always strong”—dangerous, and younger men also proved more likely to purchase from a brand that’s trying to break offensive male stereotypes.

In 2021, harmful stereotypes have no place in media and marketing. Two years ago, in conjunction with a British ban on gender stereotypes in advertising, a cream cheese ad came under fire after showing two clueless dads losing their babies in a restaurant. More than 125 viewers complained.

A decade ago, commercial stock photos might have reflected these kinds of outdated cliches, with women underrepresented in leadership positions and men underrepresented in caregiving roles. But today’s photographers are helping to redefine masculinity, while also exploring the true diversity of the male experience. Below, we’ll discuss just a few ways to incorporate depictions of positive masculinity into your Licensing portfolio. 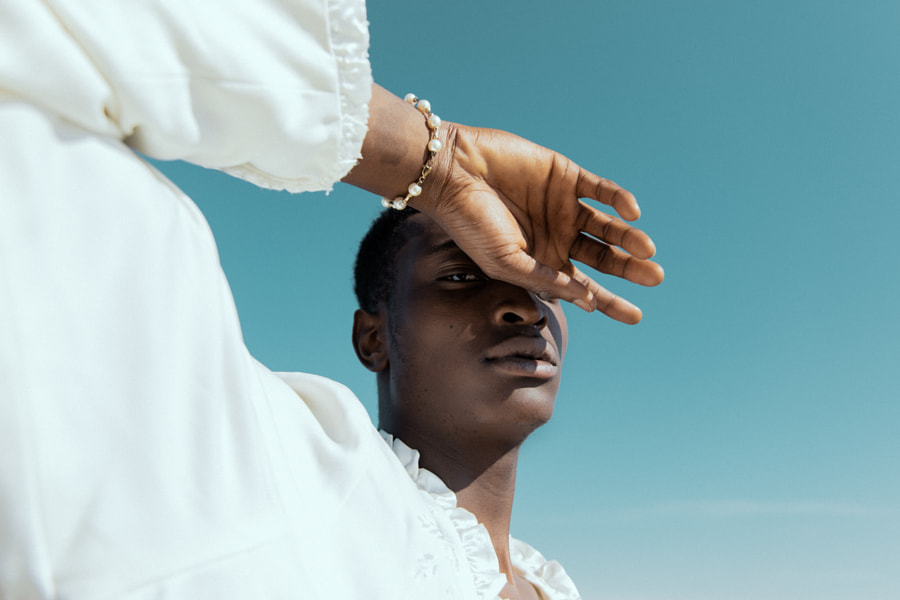 Men with mental health issues are less likely to have received mental health treatment in the last year than women. The American Foundation for Suicide Prevention found that men died by suicide 3.63 times more often than women. As noted by the Campaign Against Living Miserably (CALM), suicide is the single biggest killer of men under 45 in the UK. The idea that men have to be “strong” and “silent” contributes to the stigma that can prevent men from getting help, and it’s time to change the narrative.

Remember that survey conducted earlier this year by UM, CALM, and Joe Media? They also found that 80% of younger males in the UK think that brands and advertising should promote a more positive view of men’s mental health. 56% of survey respondents aged 18 to 34 agreed that the best way to promote a more positive perception of masculinity is to normalize getting help. We’ve discussed the importance of visualizing positive mental health in the past: it can be as simple as showing people supporting one another, seeking help through teletherapy, or engaging in self-care. Work with your models to show how they manage their mental health, whether it’s through yoga and meditation or pursuing passions and hobbies. Self-care is different for everyone, so take the time to listen to your models and reflect their lives authentically. 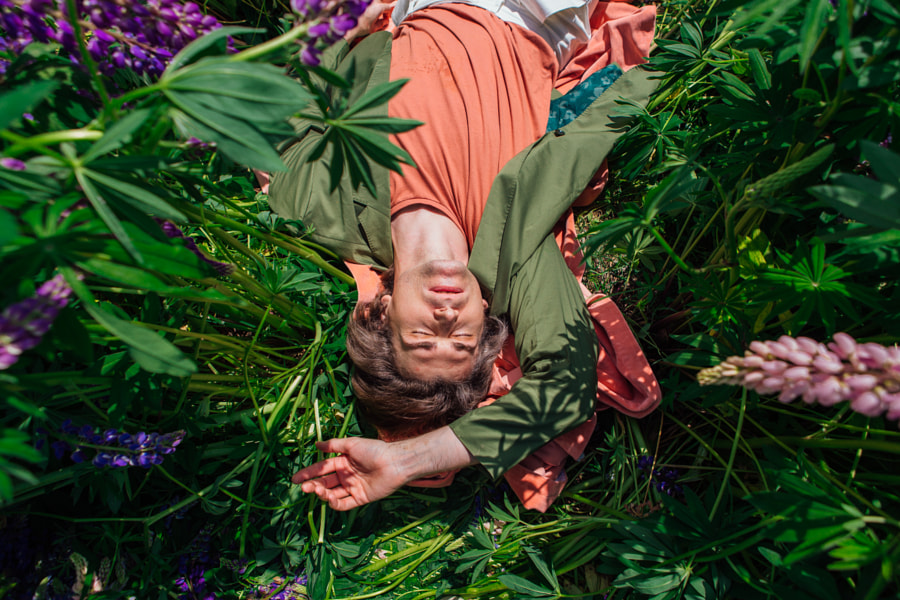 Another notable finding from the UM survey of UK men: younger men think the best male-focused ads portray men as competent parents. A few years ago, when MDG Advertising tracked the evolution of fatherhood in advertising, they also found—perhaps unsurprisingly—that 74% of US Millennial dads think marketers and advertisers were out of touch with modern family dynamics.

What’s more, as cited by MDG, 38% of dads said they didn’t believe brands accurately portrayed their role as parents, and 85% said they know more than people give them credit for. 73% agreed that “a real man knows how to express emotional support to his children,” and just 7% said they relate to depictions of masculinity in the media. 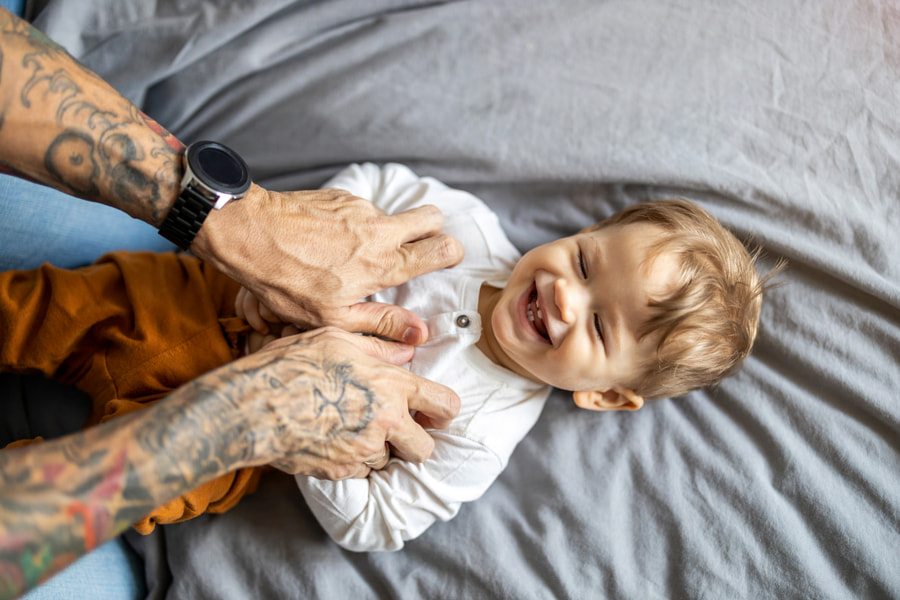 Our cultural understanding of fatherhood is changing with our shifting views on masculinity. In recent years, Pew Research Center has found that more American dads are staying home to take care of their kids, with fathers making up 17% of all stay-at-home parents in 2016. Among Millennials, 6% of fathers were at home with their children, and overall, dads were just as likely as moms to say that parenting is extremely important to their identities.

When photographing fatherhood, remember to capture the everyday moments that dads share with their kids, and tailor the session to your models and their real-life interests and hobbies. Instead of cliched, overly-staged shots, take a documentary approach for those magical slice-of-life pictures. Maybe it’s a candid shot of the family playing in the backyard, a genuine snap of a parent and child being creative together, or a relatable picture of a dad preparing school lunches during the morning rush. 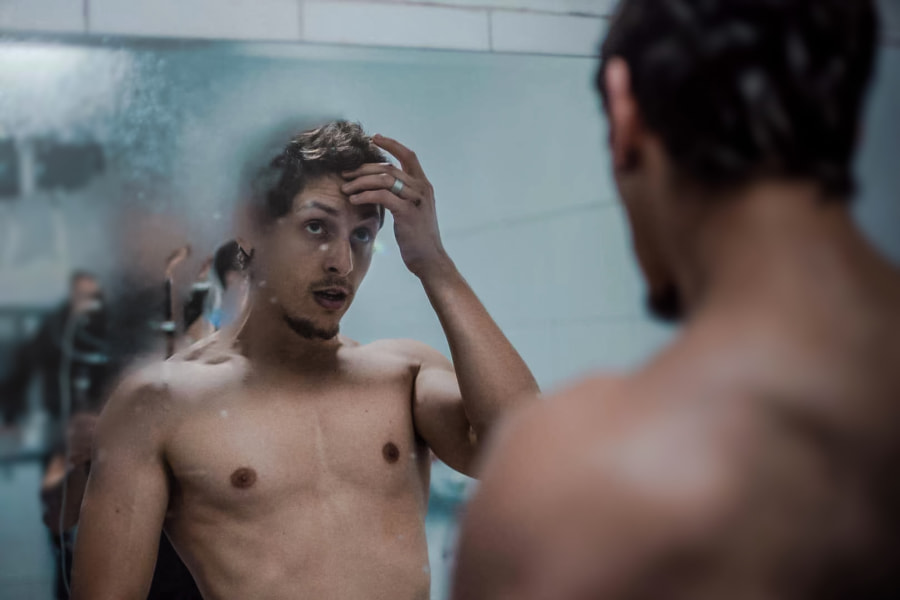 In households around the world, a “chore gap” still persists along gender lines. In the United States, for example, women spend an estimated four hours per day on unpaid work, as compared to two and a half hours for men. Amid the pandemic, many women shouldered even more of the care burden. But some progress has been made over the decades, as data shows that men have doubled the time they spend on housework since 1965.

Earlier this year, Procter & Gamble announced a campaign encouraging customers to democratize domestic tasks and close the chore gap in today’s households. While household chores fall disproportionately on women, brands like P&G are hoping to change that by making cleaning more accessible to everyone. Commercial photographers can also help by showing how men manage their at-home responsibilities on a daily basis. 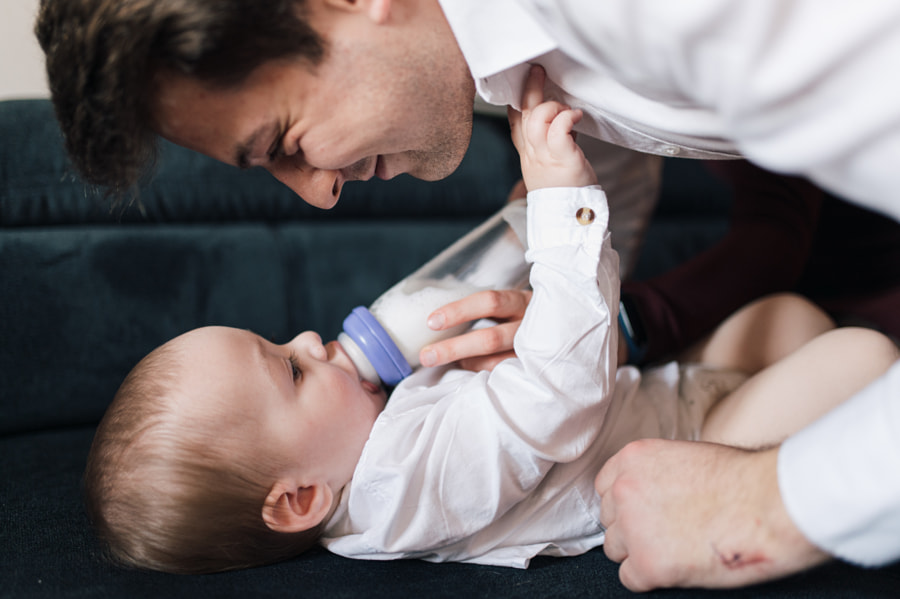 Over at Getty Images, where the best-selling visuals over the last twelve months in Japan were business-themed, they found that men were 25% more likely than women to be visualized working hard in business, as opposed to enjoying leisure activities or spending time with family. In Japan, research from Getty Images also found that 64% of men don’t feel represented in media and advertising, reinforcing the idea that there’s a demand for a more nuanced and positive portrayal of men and masculinity. 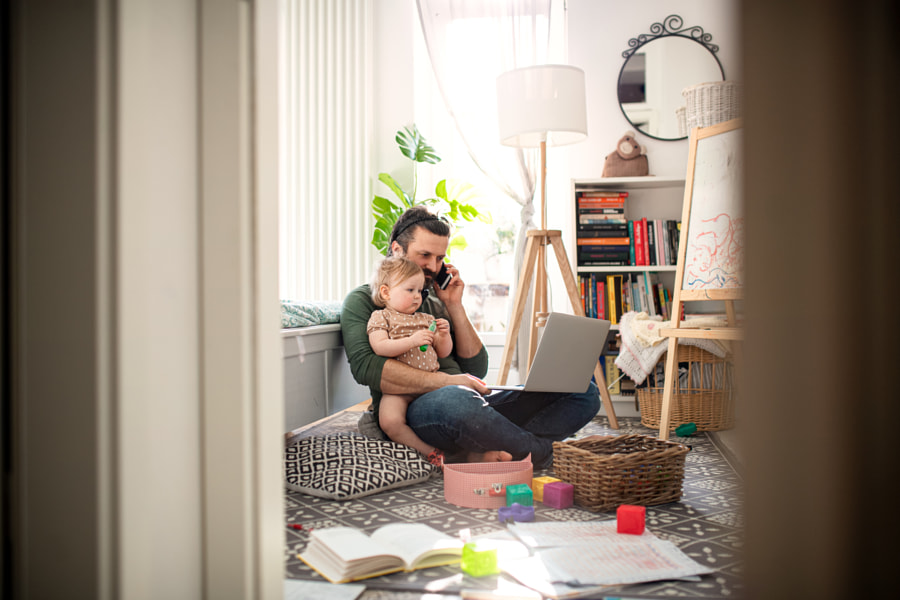 According to the 2020 Women in the Workplace survey, conducted by McKinsey & Company in partnership with LeanIn.Org, only 85 women were promoted to manager for every 100 men promoted. Plus, senior-level women were almost twice as likely as women overall to be “onlys”—that is, the only, or one of the only, women in the room at work—and senior-level women were more likely to feel burned out and under pressure to work more than men at the same level.

When photographing the workplace, remember to include people of different cultural backgrounds and experiences. The Women in the Workplace survey also found that the workplace has always been more unequal for Black women, who are promoted more slowly and significantly underrepresented in senior management, so it’s critical to have representation across the board. 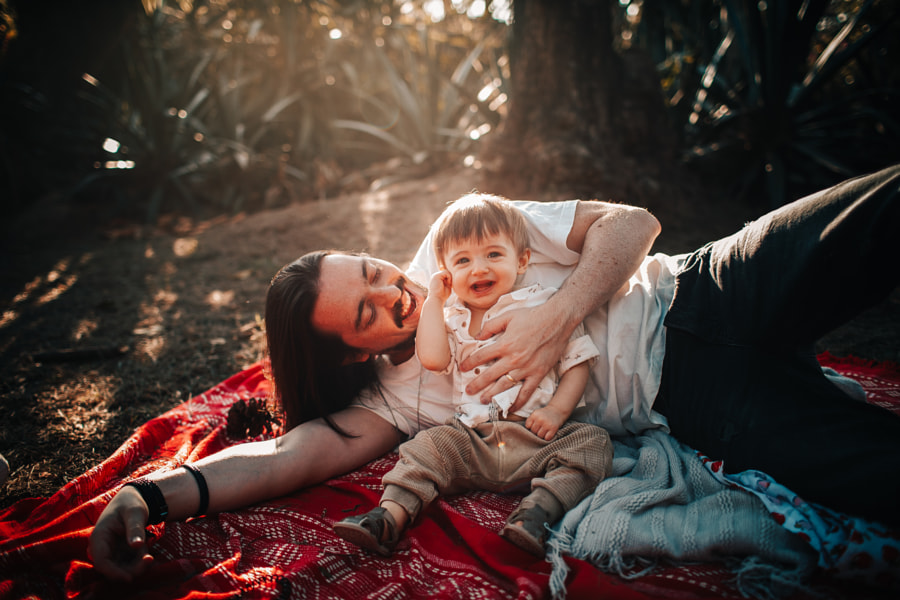 In commercial stock photography, business-themed content has historically centered the stories of men in leadership roles, but it’s more important than ever to show that today’s workplaces benefit from diversity and collaboration. “Show moments of men working cooperatively with others, and consider highlighting moments where they take up more supportive roles within a team,” the 500px team suggests. This kind of visual representation is a small but key step toward building a more equal environment at work.