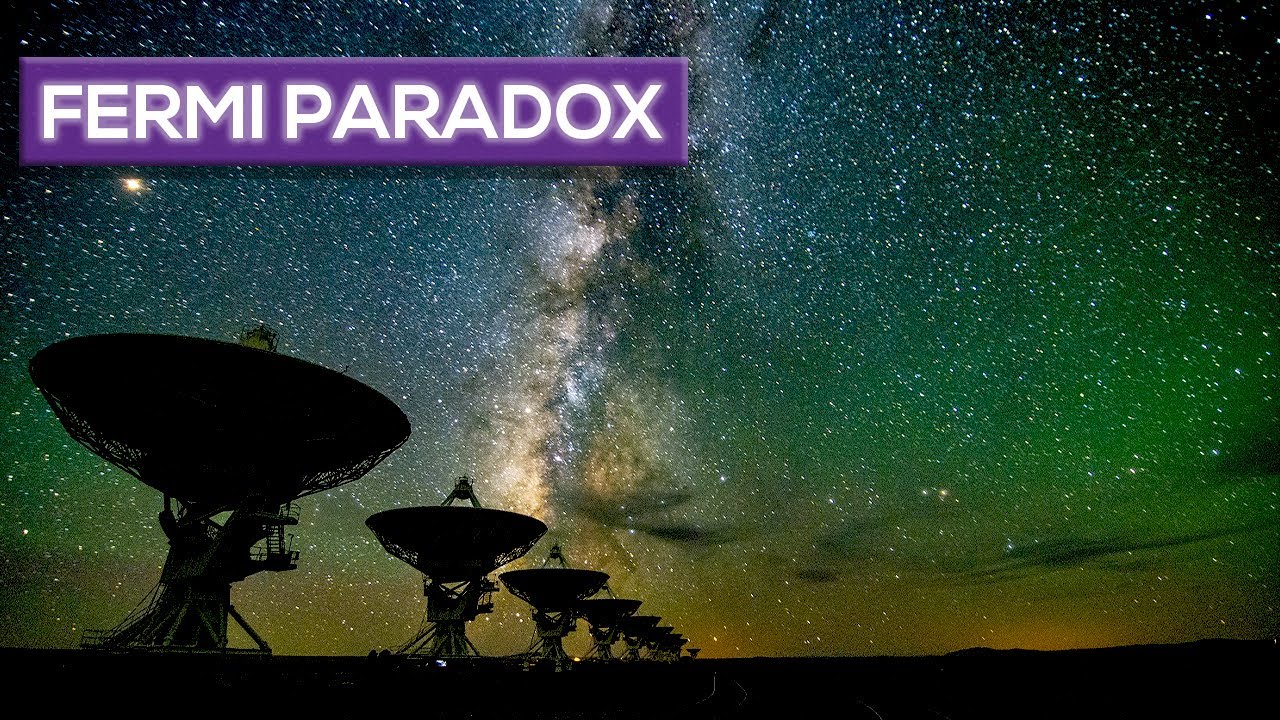 What Is The Fermi Paradox?

Looking up at the night sky we can see an epic beauty above which is insane and blow away our minds. But beside this beauty there can be something scary also out there or maybe not. As C .Clarke said “ We are either alone in this universe or we are not. And both these ideas are equally scary. I think by know you would have guessed what we are talking about -Aliens. This concept of extra terrestrial life has played an important role in science fiction, which have introduced a wide range of theoretical ideas and also many conspiracy theories.

But many of you might be thinking why do we intend to find this extra terrestrial life and why haven’t we found them? Why search for them because they could have the potential to destroy us Well we think yes it might be the case but its our human nature and curiosity to find answers and also it will answer our important question, That are we alone in this universe?
——————————————————————————————-
Subscribe for more videos:
Business Enquiries: Lorenzovareseaziendale@gmail.com
——————————————————————————————-
The universe is very vast and has billions of galaxies. These billions of galaxies have trillions and trillions of planets and many among them are habitable too. So where are they? The universe should be filled with spaceships and stuffs but where are they? But before that lets talk about how we look for life in outer project. The Search for extraterrestrial life abbreviated as SETI is an organisation that looks for life in Outer space. We use radio astronomy to look for outer life by sending signals out there in space and receiving and analysing signals. You all might have seen the movie Contact in which Jodi Foster sits in the desert and listens for signals from space. Well its not like that, all the analysing is done through complex computers. But why only radio? The aliens could be using some developed and advanced ways of communication, something like hyper-dimensional communication. It might be the case but we cannot detect that means of communication. Radio might be low-tech but can used to send signals to far distances in space. Radio can pass through interstellar dusts that block most of the light and other signals. A good example of that is the first image of black hole that was recently revealed by scientist with the help of radio telescopes all around the world.

According to a new analysis from scientists at the University of Nottingham, we don’t have a lot of alien company.On June 15, two researchers published a paper in the Astrophysical Journal arguing that the Milky Way – which sports about 250 billion stars – could host as few as 36 alien societies. That’s a small number, and rather less than the number of races that have appeared in Star Trek. NASA Kepler space telescope found habitable planets and based on its data scientist found out that nearly all stars have planets, probably more than one. Scientist usually determine it by observing if the planet is in the habitable zone of a star where liquid water can exist and atmosphere like Earth could exist. In our solar system also we have a habitable planet with water and life and thats our Earth. But there are other systems also in our solar system with liquid water. Jupiters moon Europa has a deep ocean below the frozen ice on the surface and life could exist there. We already know life can develop in extreme environments and evolves and Earth is a good example of that.